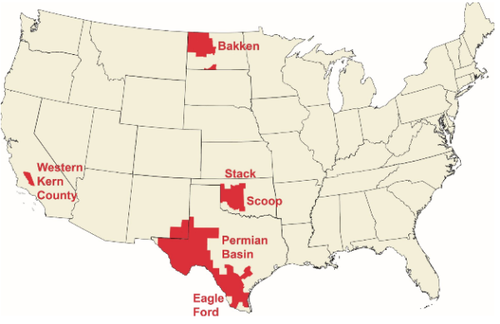 It’s a privately held company called Infrastructure Networks, and it’s not in the mobile phone business.

The enormous wireless network owned and operated by Infrastructure Networks is only available to industrial companies like Halliburton and Schlumberger. That effectively makes Infrastructure Networks a major player in the private wireless networking industry in the US — the company’s network basically eliminates the need for its customers to build their own private networks in hard-to-reach, oil-rich areas of the US.

“We didn’t really design the network to provide service to a handset,” explains Stan Hughey, the company’s CTO and co-founder. He said Infrastructure Networks, founded in 2011, has constructed a 4G LTE network specifically designed for industrial data applications. Oil pump monitoring, technician communications and video surveillance are the kinds of things Infrastructure Networks’ customers are looking for. And they’re not in the market for “good enough” services — Hughey said the company often deals in service-level agreements that promise network reliability in the realm of 99.9% or 99.99%.

Those are the kinds of numbers you typically only see available through wired networks.

“That’s an important asset in this business,” Slaughter explains.

To view a full version of this story, visit Light Reading.