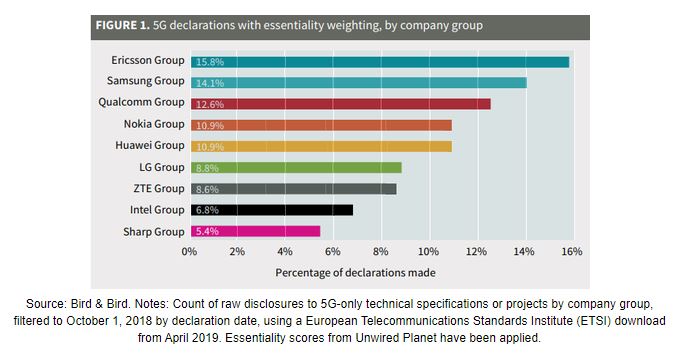 Ever since Huawei became public-enemy number one in the eyes of top US officials, stories have been circulating about its huge technology lead over rivals: Eighteen months is one repeated estimate of its head start over other companies developing 5G products.

This would be a remarkable achievement. Twenty years ago, Huawei was derided as a Chinese copycat ripping off Western products and flogging them at massive discounts. A legal battle between Cisco and Huawei was fought over these allegations. Even many fans saw it mainly as a low-cost alternative to higher-quality Western rivals. Since then, it has supposedly gone from laggard to out-of-sight leader. It is as if a journeyman tennis player became Wimbledon champion – in straight sets. And it is just as improbable.

No one unbiased disputes Huawei’s current reputation as one of the world’s most advanced kit makers. In developed markets, replete with demanding consumers and awash with gigabytes, low prices would only get a vendor so far. Several years ago, Huawei overtook Sweden’s Ericsson to become the world’s largest supplier to communications service providers, with a huge European business. It has maintained this market lead, pumping billions into research and development and churning out products that are admired across the industry.

But the suggestion it now has an 18-month technology lead over its 5G rivals has been dismissed by several industry experts who spoke with Light Reading, including an executive from one of Huawei’s service provider customers. While Huawei may have the edge in some important areas, both Ericsson and Nokia can justifiably shout about their achievements in others, said one of the experts. Despite the reports, and even the 5G product setbacks that Nokia has encountered, the sensible view is that all three vendors are on a fairly level footing.

Gripping story
The alternative provides a compelling narrative for both friends and enemies of the Chinese vendor. Its superiority, whether secured fairly or with state support, means the only way is Huawei, the story goes. Unless the US urgently backs other vendors and technologies, Huawei and China will dominate the future 5G economy, say Trump’s lieutenants. Ban or restrict Huawei and customers that rely on its expertise will be left high and dry, comes the rejoinder. Both sides have an interest in perpetuating the claims about an 18-month lead.

Yet those claims do not stand up to scrutiny. The first clue is in 5G’s classification as a “standard” – essentially, a technology whose foundations were designed and built by a committee of vendors, rather than a single player. No company could realistically emerge with an unassailable lead from a forum that pools intellectual property in this way. China tried to go it alone in the days of 3G, but its homegrown TD-SCDMA system went down like faulty rocket, even though it was eventually added to the family of 3G technologies. That experience persuaded China that its original, on-the-outside approach was wrong.

What followed was regime change in the international forum, as Huawei displaced other developers of mobile technology. There is no doubt it is a far more influential player today than it ever was in 3G, contributing much of the knowhow that goes into 4G and 5G networks. But no one has been able to prove it is a dominant force in 5G intellectual property.