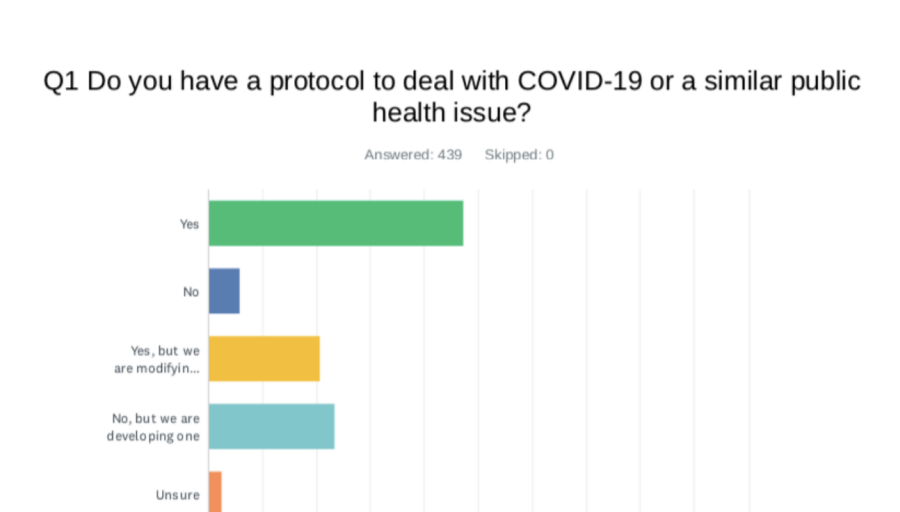 American City & County recently surveyed its readership to get a better understanding of their preparedness for and response to the ongoing COVID-19 outbreak. While some communities, it seems, were under-prepared, the survey reveals most respondents felt confident in their department’s ability to handle the health crisis.

Highlights from the results include:

To view graphics depicting the survey responses to each of the seven COVID-19-related questions, visit American City & County.