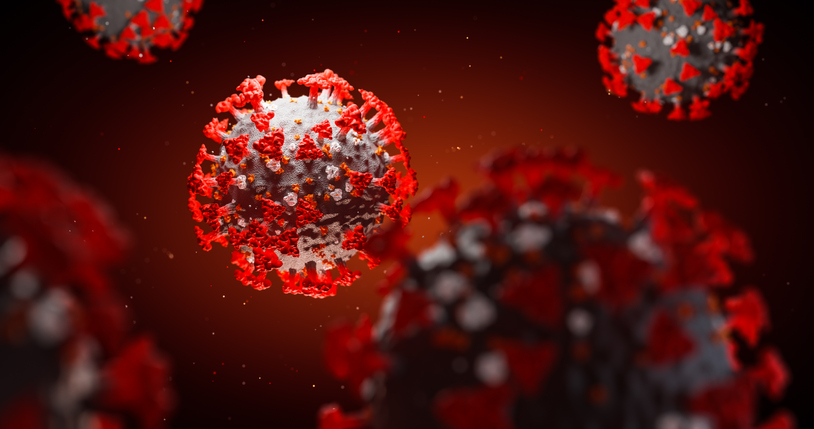 In addition to a multitude of well-chronicled policy, staffing and supply challenges facing the health-care sector amid the COVID-19 crisis, the outbreak is forcing agencies to consider atypical measures to ensure the health of public-safety communications systems and the people who support them.

“Business as usual … kind of ceases to exist,” Greg Rubin, communications chief for Miami-Dade Fire Rescue, said last week, describing the new reality that government entities face as they try to adapt plans to account for implications associated with the rapid spread of COVID-19.

“This is really an unprecedented event that first responders have never dealt with,” Early said.

“We realized very quickly that this was going to be an internal challenge … to ensure that we are taking care of our own responders and ensuring that we have the ability to provide them the necessary things that are needed, from a sanitation standpoint and a supply standpoint.”

Early and Rubin made the statements during separate webinars—sponsored by FirstNet, the AT&T unit tasked with building and operating the nationwide public-safety broadband network (NPSBN)—last week that focused on the impact that COVID-19 is having on the first-responder community. Although the webinars primarily addressed policy and operational issues created by COVID-19 scenarios, public-safety communications challenges also were discussed.

Rubin notes that there are a range of communications challenges, including in 911 public-safety answering points (PSAPs) that typically operate on  premise-based equipment.

“Are we practicing social distancing—spacing—within the PSAP, within the dispatch center?” Rubin said. “Do you have the opportunity to place people at least 6 or 10 feet apart? Are they working on every other console, if you have that capability? Those are the things that should be implemented, if possible, already.”

Beyond social distancing, 911 centers should conduct wellness screenings of personnel regularly and have telecommunicators train while wearing masks, in case that mask usage becomes necessary. Of course, cleaning work areas is important, particularly between work shifts.

Even if such measures are taken, the chance that someone in a 911 center could be infected with COVID-19—while at work or while outside the PSAP—is a distinct possibility, as evidenced recently in Detroit. In addition to the obvious emotional issues associated with such an event, there are significant challenges associated with trying to maintain operations during such an episode, according to Rubin.

“Staffing is going to be a big issue, if and when we start losing dispatchers,” he said. “Are your administrative folks ready—the folks that are typically doing training? Are they ready to go sit in the seat and start dispatching? And all of your support folks, these are the folks that need to be ready.”

Early said that some agencies are turning back the clock to find qualified personnel.

“Ensuring that you have the personnel that can operate and understand the systems, that are trained on the systems—especially when you get into resource-allocation issues—is something that’s extremely important.”

But the challenges are not limited to simply having adequate personnel available, Rubin said. Getting a 911 center that has had an infected staff member will need to be decontaminated before being operational again—a process that could be complicated.

“In a firehouse, when we do a decon [decontamination] locally here, it’s really simple,” Rubin said. “We do the decon, they go into a Level C, they fog the place, they let it bake for a little while, they open up all of the windows, we use PPV, and it’s done.

“I’ve seen a lot of PSAPs and dispatch centers across the country with no windows—what are you going to do to clean the air out [after decontamination]? That has to be considered, because now you’re asking someone to go back in there for possibly an 8-, 10- or 12-hour shift, and they don’t have the natural ventilation that we may have in a fire station.”

Beyond the 911 center, it is critical that the communications systems used by first responders in the field remain operational, Rubin said. Once again, the challenge begins with ensuring the safety of people, he said.

“Let’s talk about your radio techs—the day-to-day folks that take care of your handheld radios or those that respond to sites,” Rubin said. “Are you performing the basic medical screening on those folks? They come in contact with your firefighters every day, potentially, and are they being checked?

“Remember, [given] the specialty as a radio technician, you possibly don’t have the additional folks available to you that can easily get to back up people who are sick. I encourage you to reach out to whoever has the oversight and control of your radio system to make sure that they are ready for this.”

To protect the end users of the radio system, new procedures may need to be implemented to ensure their safety, according to Rubin.

“Most of us in fire share radios—we pass it from shift to shift,” he said. “How are you dealing with that? Did you reach out to the manufacturer of your handheld radios? What are their recommendations, and how are you cleaning them?”

As for the health of the radio system itself, Rubin emphasized the need to be proactive about conducting preventative maintenance, check the security of tower sites, test redundant backhaul links and ensure that needed parts are in inventory.

“Should you need something to repair you radio system, if you don’t have it, if it’s not on the shelf, if you can’t touch it, your typical agreement with your contractors—[for example,] you can have it within 24 hours or overnight—may be compromised at this point,” Rubin said. “You may need additional parts on hand that you typically wouldn’t, so that needs to be considered.”

If an agency’s LMR system fails, it needs to plan for an alternative method of communication, according to Rubin.

“What are you going to do, if your system goes down and you can’t get it fixed quickly?” he said. “Are you able to use [the system] of the agency next to you—a county, a city, whoever it may be?

“What is your availability for that? Do the folks next door share the same geographic footprint as you, so you can use theirs? Are your radios already programmed [to use the other system], or are you going to need their radios, too?”

Another alternative could be LTE-based communications, but some preparation is needed to consider it a viable option, Rubin said.

“What do you do when your LMR system isn’t operating properly? Is LTE push-to-talk one of your Plan Bs? Are the devices ready to go—have they already been procured? Are they programmed? Do your folks know how to use them?

“Do all of your LTE phones and technology have priority and preemption in them? All of this stuff needs to be in consideration, with more than half the country in some kind of quarantine or self-isolation, a lot of people  are home binge-watching on Netflix, so the Internet is getting strained.”