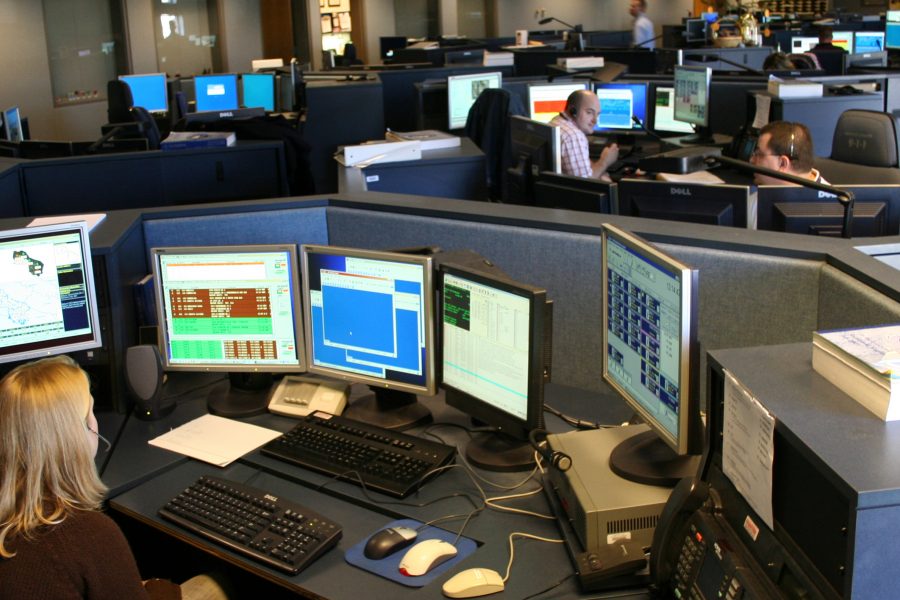 COVID-19 could have lasting impacts on 911 practices, speakers say

Amid the ever-evolving response to the COVID-19 pandemic, 911 centers are seeing their roles expanded and altered in ways that would not have been contemplated in the past—and many of these changes may become the new normal, according to leaders of 911 centers speaking during a webinar last week.

Tyrell Morris, executive director for the city of New Orleans Parish Communications District—one of the areas in the U.S. hit hardest by COVID-19—said his 911 center is having to adapt to new duties as officials try to organize a response effort to the outbreak of the sometimes-fatal respiratory virus.

“What we know of as a traditional function of a 911 center is over—throw that out the window. We are now being asked to do things that we never, ever imagined,” Morris said during a webinar last Friday hosted by the Association of Public-Safety Communications Officials (APCO). “If you would have told me that my agency would be the one managing self-quarantine registries, hot-meal-delivery registries and complaints about people no complying with the mayor’s business order, I would have said, ‘No, that’s not really an appropriate place for our PSAP.’

“Not any more. That was the ask, and I think any agency that is about to go through this, you have to be open to doing things you’ve never, ever done before. [Saying,] ‘Well, that’s not really our job,’ is not going to bode well with the leadership that is looking for someone to take the lead. For my team, I’ve said to them, ‘This is an opportunity to demonstrate value, and it’s an opportunity to show our community what we’re made of—how flexible we can be.’”

Part of that flexibility includes being able to support other public-safety answering points (PSAPs) in a situation in which their 911 center is not able to handle emergency calls—for instance, if a 911 has to be cleaned thoroughly after a telecommunicator tests positive for COVID-19. While Morris said his PSAP has a backup center, but he noted that backup centers do not exist for “probably 90%” of the PSAPs in Louisiana.

“For the smaller organizations … have you ever considered—somehow, some way—getting a 911 call to your staff at home? That is some people’s reality right now,” Morris said. “In a large center like ours, we have backup centers, and we can space people out, but not everybody has that luxury. It’s going to force us into those very uncomfortable conversations.

“Here in Louisiana, you have people talking about regional consolidations suddenly, because their center has to go down for deep cleaning. Or, they can no longer support having a center, because the sales-tax revenue has all of a sudden dried up, because the businesses are closed.

“As an industry, we’re going to feel the impacts of this for many, many years. I think this this particular incident is going to redefine what emergency communications means in this country.”

Kathi Yost, director of communications for the Harris County (Tex.) Sheriff’s Office, echoed this sentiment, noting that it is important for 911 centers to provide backup support for each other.

“Look at the smaller agencies around and you and think [about the] worst possible case,” Yost said. “Open those doors of communications now with your sister agencies and ask that question: Are you planning, and do you have a contingency plan in place? If they don’t, and you’re capable, open your doors or help find them a solution around that.

“Don’t be afraid to open communication. Because, as we have already said, it’s here, it’s now, and 911 as it was in 2019 is no longer the way it is moving forward. You’ve got to get comfortable with thinking outside the box moving forward.”

Robert Smuts, deputy director for the San Francisco Department of Emergency Management, said 911 centers are realizing that they must adopt a different mindset than is traditional to implement solutions quickly that are appropriate for dealing with the ever-changing landscape associated with COVID-19.

“We’re used to, in 911, really emphasizing reliability—the radio system needs to work 99.95% of the time, or whatever the standard we have for our system,” Smuts said. “[With] the changes that we are being forced to put in place to respond to [COVID-19], we don’t have the luxury that we normally do of planning to make sure that thing are flawless. Because of the nature of COVID and its exponential growth, moving—and moving now—has a much, much greater importance than it ever has in the past.

“You need to make sure something works, but it may not work perfectly. You get it going, and then you figure out how to improve it.”

Deborah Wesolowski, police communications coordinator for the Miami-Dade Police Department, said that adaptability—and clearly communicating any changes throughout affected organizations—is critical as 911 centers attempt to deal with this unprecedented scenario in which “everything changes every day.” Three call centers in the area have been established just to respond to COVID-19 questions.

“If I … say that we had this all in order, I would be telling you a total story, because we’ve been making it up as we go,” Wesolowski said. “We’ve been kind of writing the COO [continuity of operations] plan as we go along. Because we had one and thought it was great, and then this hit, and it’s something totally different. So, we’re really writing the book on it.”

Indeed, Wesolowski said that the Miami area is accustomed to dealing with hurricanes and other natural disasters, but the COVID-19 crisis has forced the 911 center to deal with a new set of challenges.

“We get hit with hurricanes all of the time, so we’ve got that … We know that gas stations are closed [after a hurricane], that we need to give people a place to stay,” Wesolowski said. “[With COVID-19], we couldn’t even provide a daycare, because we were told that there are no children allowed in the facilities. Yet, we’re asking people to come in and work when there’s no school.

“Everything is kind of like on the fly. It’s working out pretty well, but we’re writing the book, so we’re still going along.

“I think all of us have a contingency plan or a COO plan in place for whatever area, where we face a natural disaster or a wrath from Mother Nature, as I like to call,” Yost said. “We have a basic footprint for a COO plan, but now we’re going to rewrite it for a pandemic crisis. That’s what we’re doing.

Complicating matters further is the fact that evolving health guidance and the realities of resource limitations are causing frequent changes in the procedures used in dispatching first responders. In addition to asking 911 callers questions that are designed to assess the COVID-19 risk at the site of an incident, agencies are changing protocols regularly as they try to keep their employees safe.

“Each day we come in, we have a new challenge. [For example,] ‘OK, police aren’t going to respond to CPR-in-progress calls, unless the patient is confirmed dead or with children.’” Yost said. “It’s understandable. I totally respect that, because we rely on EMS to be the subject matter experts on that. But then, the next day, it’s a different response—and the next day, it’s [another] different response.

Yost and Wesolowski said that 911 call volumes have dropped noticeably in recent weeks, likely because people are staying home. However, the type of emergency calls are changing, with a higher percentage of domestic-violence and crimes against children being reported.

Morris said that his center has seen a reduction in 911 calls, but the number of calls to 311 for general city information—also handled at the center—have skyrocketed.