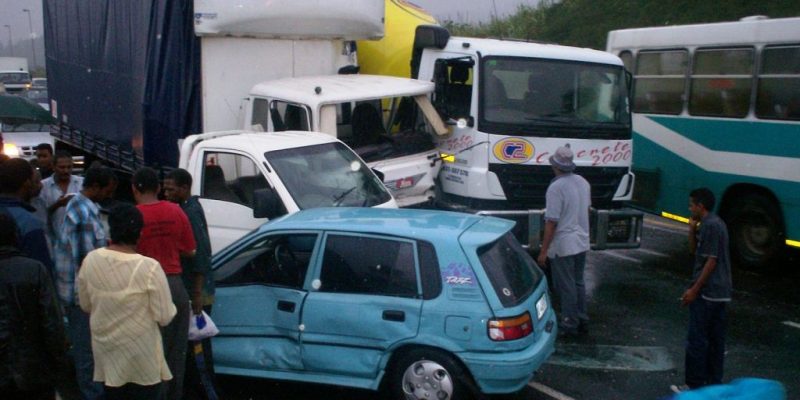 Cranfield University researchers in the UK are participating in a Multi-Car Collision Avoidance (MuCCA) research and development project.

This project which aims to reduce the number of motorway pile-ups involving a number of vehicles. The university says the project is examining how to prevent or reduce multi-vehicle collisions with artificial intelligence (AI) and V2V communication “to instruct autonomous vehicles to cooperatively make decisions to avoid potential incidents”.

According to Ross Walker, research fellow in autonomous cars at the university, pile-ups are rare and he suggests that motorways are the safest roads to drive along. He adds: “However, when accidents do occur, they are often much more serious owing to the high speeds.  In fact, there are approximately 1,500 deaths per year, with an additional 24,000 serious injuries, and a total of 181,000 casualties of every severity.

“If a pile-up does occur then this may lead to significant loss of life, as multi-vehicle accidents account for a higher proportion of fatalities.  Therefore, helping to prevent any, no matter how rare, is a huge part of helping increase road safety.”

Charlie Wartnaby, chief engineer at Barcelona’s Institut d’Investigació Aplicada de l’Automòbil (IDIADA), adds: “Our partners at the Connected Places Catapult, which used to be the Transport Systems Catapult, in the MuCCA project wrote a report on where it would go in production. So, 2.5% of accidents on motorways or dual carriageways involve at least 2 vehicles. We haven’t a definition for a pile-up. So, it’s a small number overall. Although it’s a small proportion, high speed and multi-vehicle are likely to be disproportionate in terms of injuries and fatalities. The other societal aspect is that it can cause enormous hold-ups.”

MuCCA is a consortium project of six organizations led by Applus+ IDIADA whose focus was on the real-time cooperation achieved in the test vehicles, while Cranfield’s key contributions were the human driver behavior model and advanced control and dynamics simulations. The university says the project was funded by Innovate UK and the Centre for Connected and Autonomous Vehicles (CCAV).  Other parties include Westfield Sports Cars, Cosworth, SBD Automotive and Connected Places Catapult.

As well as deploying AI, there is a role for vehicle-to-everything (V2X) communications. It can be used to alert drivers in advance about an incident ahead of them. With more vehicles connected and communicating with each other, it becomes possible for each one vehicle to relay their perception of the world to one another.

Walker adds: “If all vehicles on the road can communicate with one another in real time, then they can relay information about each one’s location and avoid any potential collision in a synchronized ‘swarm’.  This would mean that each vehicle would not need to rely on being able to visibly see the accident, as a shared ‘world view’ can be distributed between each connected vehicle.”

He finds that with V2X communications, working in real-time, each vehicle would not need to rely on being able to visibly see the accident. Together the vehicles are able to create a shared view that can be distributed between each connected or autonomous vehicle.

Even human-driven vehicles can benefit from V2X communications. The real-time information and advanced warnings they provide on visual displays can instruct each driver about what lies ahead of them, allowing them to make better driving decisions before they come upon an incident or a potentially dangerous situation. “Informing surrounding drivers of their vicinity to the accident but also, perhaps giving ‘advice’ on which lane to move to and what distance to keep, based on their prediction of human driver behaviors too,” suggests Walker.

Wartnaby comments that cameras and LiDARS can be used at intersections and junctions: “Systems where the infrastructure may have sensors that track vehicles and broadcast to the vehicles, so that they are more aware of other vehicles coming towards you that you can’t see.”