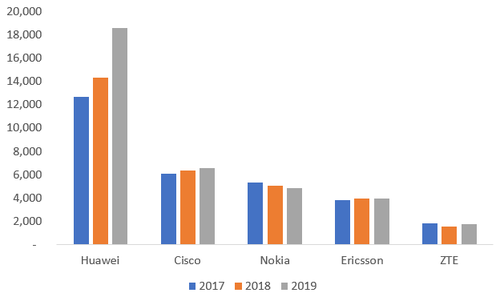 Nokia has revealed it will cut 1,233 jobs in France under its latest savings program as it tries to boost profitability following a disappointing run of quarterly earnings results.

The Finnish equipment vendor confirmed an earlier report by Reuters, which said the layoffs would equal about one-third of the workforce at French subsidiary Alcatel-Lucent International.

Of Nokia’s 5,138 employees in France, around 3,640 work for Alcatel-Lucent International, according to the Reuters report.

A spokesperson for the company subsequently told Light Reading that the cuts would affect R&D and central functions at two French facilities.

“The project, which Nokia presented to the European and French Works councils (ALU-I) today, is expected to lead to an estimated reduction of roughly 1,233 positions across R&D and central functions at Nokia’s Paris-Saclay and Lannion sites,” said the company in an emailed statement.

The company said the plans would “streamline” activities in France in line with a global cost-saving program. “The aim is to achieve a best-in-class operating model globally, increase R&D productivity and agility to strengthen the company’s competitive position and secure long-term performance,” it said.

Average headcount at the Finnish firm fell by nearly 5,000 roles in 2019, leaving Nokia with 98,322 employees, according to its most recent annual report.