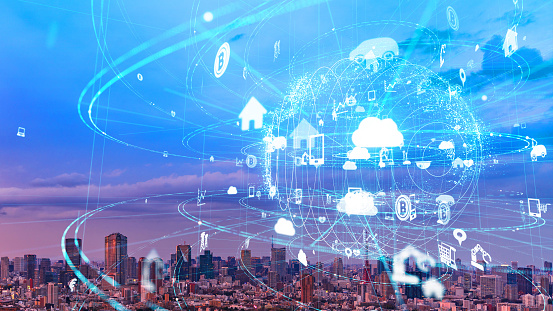 5G is just one connectivity option

As public carriers extend their new infrastructure into more areas, the drumbeat for a 5G wireless world has grown louder. But public carrier 5G shouldn’t eclipse the multitude of network connectivity options that businesses can use to bring Internet of Things (IoT) and network edge operations into harmony.

In the amplified marketing arena of mobile network operators (MNOs), 5G is the fifth-generation mobile network standard on its way to eventual domination of wireless phones, mobile broadband and perhaps even an alternative to last-mile fiber and coaxial broadband. That 5G will be based on the 3rd Generation Partnership Project (3GPP) 5G New Radio (5G NR) standard. Some carriers, however, have rolled out earlier implementations that are “pre-standard” or a transitional “4G-plus” stage.

The downsides of such approaches include increased operational cost and diminished performance compared with so-called standalone 5G, which operates independently from LTE networks. Standalone 5G requires considerable infrastructure buildout to enable the ultra-reliable low-latency communications the 5G standard promises and could take considerable time and investment to fully materialize.

In the world of IoT connectivity and the network edge, 5G NR deployments may be crucial in providing the high-bandwidth, low-latency communication to support data-intensive applications such as autonomous vehicle operations, video surveillance and optimizing citywide traffic flows, as well as enhanced mobile broadband. For other applications, it’s overkill.

MNOs such as AT&T and Verizon have deployed the millimeter-wave spectrum of 5G NR technology, which uses higher-frequency radio waves with a shorter range than previous generations of cellular wireless. That requires additional base stations to match the signal penetration of older technology. But building out the infrastructure to provide anything approximating universal coverage will take several years. Higher-frequency signals may be blocked by walls, trees and other obstacles, limiting their ability for use in factories and other dense settings.

Overpowered for Some Applications

For many applications, 5G NR technology is simply overpriced and unsuitable. Integrating a 5G modem with a low-cost (i.e., sub-$1) package tracking sensor, for example, would be a non-starter given cost and battery power demands.

“5G is not great for connecting sensors; it’s expensive, the modems aren’t available and there’s a tariffing issue,” said Lee Doyle, a principal analyst at Doyle Research. It’s more suitable for mobile applications, such as IoT devices in a police car, or perhaps as a wide area network (WAN) link for an IoT gateway or router that aggregates traffic from sensors connecting via Wi-Fi wireless local area networks (WLAN) or other short-range wireless options such as Bluetooth and Zigbee.

As enterprises migrate to the next-generation wireless standard, Wi-Fi 6, which is based on the IEEE 802.11ax standard, they’ll be able to exploit faster bandwidth and the ability to support additional devices with lower power-consumption demands. That will suit many devices that are fixed in place or with limited mobility within a fixed space.