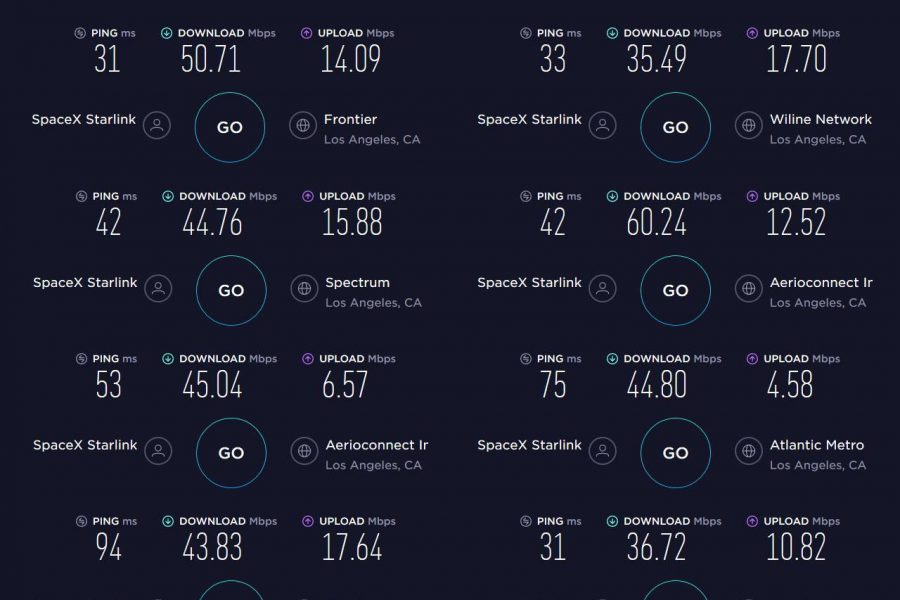 Although Starlink hasn’t revealed pricing and packaging for Elon Musk’s ambitious low-Earth orbit satellite broadband service, purported speed tests from a group of beta users posted to Reddit indicate that Starlink will be more than capable of delivering a true “broadband” experience, at least as it is defined by the FCC.

The posted, “confirmed” Starlink speed tests were not uniform, but the speeds did rise as high as 60.24 Mbit/s in the downstream and more than 17 Mbit/s in the upstream. The FCC currently defines “broadband” as speeds of at least 25 Mbit/s downand 3 Mbit/s up.

Meanwhile, tests for latency levels – a limitation for high-flying geosynchronous (GEO) satellite broadband services for apps such as online gaming – were shown to be as low as 31 milliseconds for Starlink’s expanding LEO constellation.

Telecompetitor notes that Starlink’s coverage is currently limited to the Northern US and southern Canada, with the speed tests appearing to originate with beta users in Washington state.

While the tests indicate that Starlink will well exceed the FCC’s broadband speed threshold, they are a far cry from what consumers and businesses can get from most terrestrial cable and fiber services, with 1 Gbit/s being the typical high-level target these days. My colleague, Mike Dano, declared recently that Starlink doesn’t pose a massive threat to terrestrial service providers.Even Musk himself admits as much, stating in March that “Starlink is not some huge threat to telcos.”

Still, Starlink looks like it could present a solid potential competitor in speed and latency to DSL and today’s GEO-based, data-restrictive, high-latency satellite broadband services. Viasat, for example, offers speed tiers up to 100 Mbit/s down and up to 3 Mbit/s up, paired with data-usage limits and latencies in the neighborhood of 600 milliseconds.

And, of course, Starlink is a potentially viable option for unserved or underserved rural areas.