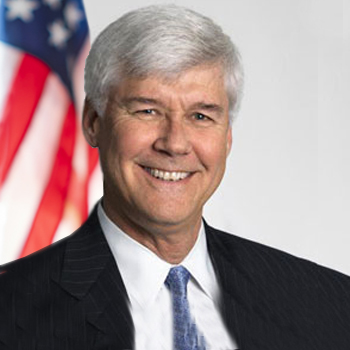 Robert “Tip” Osterthaler will be the new chair for the FirstNet Authority board, which oversees the deployment and operation of FirstNet, the nationwide public-safety broadband network (NPSBN) being built by AT&T, according to an announcement today by U.S. Secretary of Commerce Wilbur Ross.

“Tip Osterthaler has been an instrumental FirstNet Board member who will bring exceptional leadership to the organization during the next phase of FirstNet implementation,” Ross said in a prepared statement. “FirstNet’s mission has proved even more critical during the COVID-19 pandemic, and I am confident Tip will excel in his new role as he ensures first responders have the connectivity they need to support the American people.”

“I am truly honored to be appointed by Secretary Ross to serve as chair of the FirstNet Authority Board,” Osterthaler said in a prepared statement. “Now more than ever, FirstNet is critical to the safety and security of our nation as it empowers public safety to carry out their lifesaving mission. As Chair, I will ensure FirstNet Authority continues to deliver what public safety needs to stay safe and protect our communities.”

A FirstNet Authority board chair typically serves a two-year term in the position and can be reappointed. Osterthaler’s first term on the FirstNet Authority board is scheduled to end in January. A Commerce Department spokesperson informed IWCE’s Urgent Communications that Osterthaler’s appointment as board chair is for two years, but it does not officially mean that he has been reappointed to the board for a second three-year term.

A separate announcement officially reappointing Osterthaler to the board for another three years is expected in the coming months, according to Beltway sources.

Horowitz will remain on the FirstNet Authority board as a regular voting member for one more year, after which he will be required to step down after completing his second three-year term on the board.

“My time as Chair of the FirstNet Authority Board has been an honor and privilege,” Horowitz said in a prepared statement. “I am proud of our accomplishments over the last two years and our plans going forward to fully realize the promise of FirstNet.

“Tip is an ideal fit to lead this next phase of FirstNet, given his service on the Board as the Finance Chair; he also brings an accomplished background in both the public and private sectors to the Board, having served more than 28 years in the U.S. Air Force and in chief executive roles in the communications sector. I look forward to continuing to work alongside Tip and all of my colleagues during my remaining time on the Board.”

“I want to thank Edward Horowitz for his leadership of the FirstNet Board over the last two years,” Ross said in a prepared statement. “Under his leadership, the FirstNet Authority released its Roadmap and made the first key reinvestments into the network. I applaud Ed for his strong tenure as Board Chair, and I look forward to FirstNet’s future accomplishments under Tip’s leadership.”