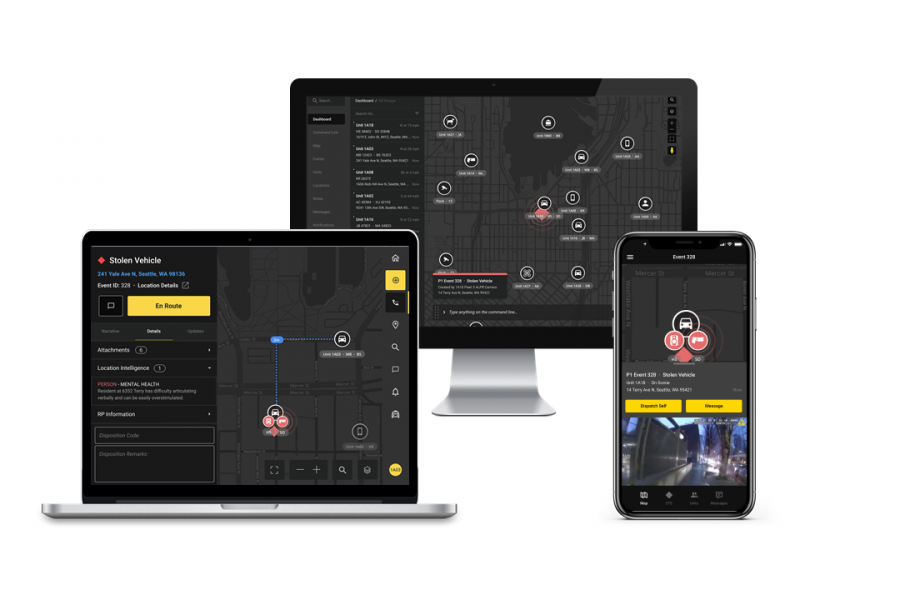 Axon yesterday launched Respond, a cloud-based, real-time operations platform that marks the company’s entry into the computer-aided-dispatch (CAD) arena and is designed to help agencies leverage information from a various connected devices to enhance response efforts, according to a company official.

“We stepped back and said, ‘We want to do this right.’ We don’t want to get into this space just to replicate what has existed before,” Josh Pepper, Axon’s vice president of product management, said during an interview with IWCE’s Urgent Communications. “We believe that just building another computer-aided-dispatch solution is not going to be sufficient here.’ It’s not going to drive the most important outcomes for public safety.

“Building this from scratch with the most modern cloud technology is what I think public safety deserves.”

“There’s a wealth of advanced technological innovation offered to public safety agencies today, but limitations arise if that tech is being deployed on a platform that is decades old,” Smith said in a prepared statement. “With Axon Respond, we are completely reinventing the system by making it easy for dispatchers, patrols officers, field sergeants and tactical teams to communicate and collaborate in order to achieve the best possible outcome for their communities.”

These capabilities were attractive to the police department in the city of Maricopa, Ariz., which is Axon’s first customer for the Respond platform.

“What Axon provided was the opportunity to look to the future with body-cam integration and auto tagging,” Jennifer Hagen, communications manager for the Maricopa Police Department, said in a prepared statement.

“When you start adding RMS, TASERs and other sensors, it becomes a more complete system that allows

us to take it to the next level.”

Pepper said Axon developed the Respond after he and other company officials visited four countries and spoke with more than 50 agencies about their CAD systems and response workflows.

“We consistently saw the same set of problems everywhere we went,” Pepper said. “We saw these kind of old legacy systems that presented challenges in not only basic usability, but in what I would call owner usability—they were very hard to upgrade. We saw delayed responses in 911 being caused by what I call delayed situational awareness—a gap between something occurring at the location of the incident and the folks involved in real-time decisions being able to react to that information.

“The third thing was just a rat’s nest of tools for communicating with each other. I’ve personally been in the passenger seat on a ride along, and I’ve seen an officer use Facebook Messenger, texting on two different phones, CAD messaging on the radio, a phone call, WhatsApp—and all of these things combined were on the way to one call, to try to get the picture of what is actually happening.”

Historically, CAD systems have been part of the on-premise ecosystem in 911 centers, with cloud-based offerings gaining traction during the past few years. Like other Axon solutions—for instance, Evidence.com—Respond is cloud-based, although Pepper said the development team did not assume that would be the case.

“We were open to finding some technological reason why you might need some on-prem system, but after a pretty thorough evaluation of every option, we decided on basing this on a similar cloud stack that we’ve been using for Evidence.com,” Pepper said. “Evidence.com has been storing CJIS-protected information in the cloud for 10 years.

“We’ve been doing public safety in the cloud for a decade, so we’ve already got a phenomenally robust cloud infrastructure, and we’re just continuing to build on that.”

As a cloud-based solution, Respond is available as an operational expense rather than the requiring an agency to pay a large upfront capital expense, Pepper said. In addition, 911 centers will see a lower overall costs with Respond, he said.

“You’re going to have maintain less hardware on site,” Pepper said. “You can have those IT people that you employ go on to doing things other than installing Windows upgrades, swapping out hard drives, or ensuring redundant data-storage backup or anything like that.

“So, from a total-cost-of-ownership-perspective, the cloud is a massive cost advantage to agencies.”

In addition, software updates with Respond are delivered to the 911 center every two weeks as part of the service from Axon, while many on-premise CAD systems are upgraded only on a sporadic basis—and often with a significant expense when software upgrades are installed, Pepper said.

“It always struck me as a little bit weird that these software vendors were charging a maintenance fee for something they actually weren’t upgrading,” he said. “Then, you had to pay additional for upgrades, which I never understood.”

Of course, one of the biggest concerns public-safety representatives have expressed about cloud-based technologies is whether they are designed to work when connectivity to the cloud is unavailable–a circumstance that 911 centers could face during a natural or man-made disaster. Peppers said that Axon recognizes the challenge and plans to address it within Respond during the next year.

“Because we didn’t purchase a legacy system or acquire something that was 10-15 years old, we were able to utilize the most modern web technology,” Pepper said. “That includes being able to simply run a dispatch system not only on the cloud but in the browser.

“We are building the ability to go offline in our dispatch system. Now, we’re still working on that, but that’s coming over the course of the next 12 months, to ensure that you can have continuity of operations, even when you’re disconnected.”

“Agencies will be able to leverage these benefits via basically two paths,” Pepper said. “One path is, ‘I need a new dispatch system.’ Great, there’s a big piece of enterprise software that you need to replace, because it’s falling apart. We can help you with that.

“If you want to think of a third way, you can leverage the value of Respond to the fullest, if you are both using it as your dispatch system and you’re integrating all of these connected-device signals at the same time.”