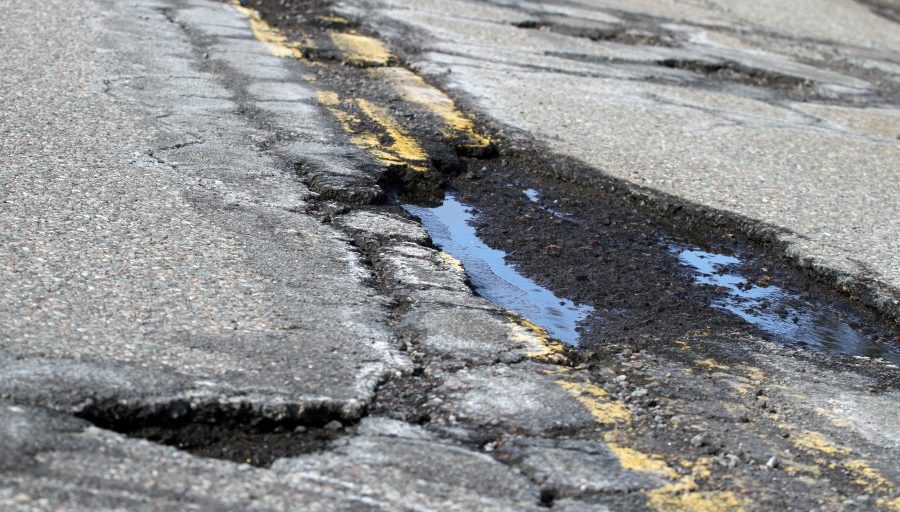 The rocky road ahead: How will COVID-19 affect America’s already-questionable infrastructure?

It’s not exactly a grade to write home about. “The fact that we have a D+ is embarrassing as a nation,” says National League of Cities (NLC) CEO and Executive Director Clarence Anthony.

For ASCE Senior Managing Director Casey Dinges though, the grade was disappointing but hardly a surprise. Since ASCE began its report card, the country’s overall infrastructure grade has hovered between a D and D+, according to ASCE’s 2017 Infrastructure Report Card.

The grade has weight, too — our subpar infrastructure is hurting the U.S. economy. Poor roads and airports increase travel times, while unreliable utility infrastructure yields unreliable service, ASCE notes in its “Failure to Act” series of reports released between 2011 and 2012.

Moreover, ASCE found that failing to improve infrastructure would cost the U.S. economy $3.9 trillion in gross domestic product and 2.5 million jobs by 2025.

The outlook on improving that grade is questionable, as the ongoing novel coronavirus pandemic continues jeopardizing public funds.

In June, the NLC surveyed 1,117 municipalities and found that cities are expected to lose $360 billion over the next three years. People remaining inside their homes due to government guidelines has yielded a reduction in fee-based revenues as well as sales tax revenue for municipalities.

“What we were hearing was that municipal leaders were saying that they were having major impacts because of their response to [the] COVID-19 pandemic, and the fact that they had to shut down their communities while also providing services,” Anthony says of the NLC. “So, what we saw was [an] increase in expenses and a loss in revenue.”

Infrastructure has not been immune to those cuts, either. Cutting infrastructure, however, could cause dire stress on an already strained economy.

“What was already a serious issue we thought, [with] the nation’s infrastructure, giving it a D+ in 2017… the situation’s really getting worse now,” Dinges says.

Of the municipalities queried in the NLC survey, 65 percent are either having to delay or cancel infrastructure projects and capital expenditures. The only item that more cities made cuts to was summer-specific programming (66 percent vs. 65 percent).

How those delays and cancellations will affect municipalities is a matter we are still learning. Consider for instance, the experiences of Aurora, Colo.; Saint Charles, Mo.; Greenvllle, N.C. and Germantown, Tenn.

“I would say if we haven’t moved any dirt yet, it’s not going to happen,” Aurora Mayor Mike Coffman says of his city’s infrastructure projects.