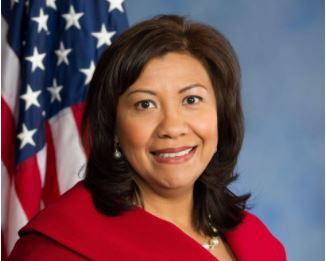 It is ‘beyond time’ for Congress to consider reclassifying 911 personnel into first-responder category, Torres says

Federal legislation that would reclassify 911 telecommunicators as members of a protective-service occupation—the job category that includes first responders like firefighters and police officers—continues to gain support but is still awaiting even committee-level consideration, according to the bill’s primary sponsor.

Rep. Norma Torres (D-Calif.), a former 911 dispatcher and sponsor of the 911 SAVES Act, said that the legislation is designed to correct “an injustice here, plain and simple” by having the federal government classify 911 telecommunicators in the same category as other first responders.

“It makes absolutely no sense that the federal government categorizes 911 dispatchers as office and administrative support,” Torres said Tuesday during the opening session of this week’s virtual NENA Ignite conference.

“Lifeguards, fish-and-game wardens, playground monitors—even parking-enforcement workers—are classified as protective-service occupations, the same classification as firefighters, EMTs and police officers, but not the ones who save lives on the phone.”

Torres noted the challenges that face 911 telecommunicators, including the personal stress associated with fielding emergency calls that require them to “deal with sounds in your headset that nobody should have to hear.” Combined with oft-inflexible work schedules, this emotional toll results in “sky-high” attrition rates for 911 personnel, she noted.

These realities are being recognized by an increasing number of federal lawmakers in Congress, so the 911 SAVES Act should be considered at least at the committee level, according to Torres.

“Classifying dispatchers with fellow protective services would not cost a dime and would give this vital occupation the dignity and respect that it deserves,” Torres said. “It is beyond time for our bill to have a hearing in the [U.S. House of Representatives’] Education and Labor Committee.

“We have the support that the committee asked for. We were told to gather at least 100 co-sponsors. We have 129 and counting. On top of that, 27 members of the Senate support the companion bill. There is no excuse for not getting this done.”

Some state and local governments have approved measures classifying 911 telecommunicators in the same category as traditional first responders, such as fire, police and EMS personnel. Officials for NENA and other 911-focused organizations have expressed support for such initiatives at all levels of government during the past several years, but securing such recognition at the federal level has become a priority.

Torres said that reclassifying 911 telecommunicators would “would not cost a dime,” and the Congressional Budget Office has supported that position, noting that passing the bill would not require any federal funding. However, 911 historically has been funded at the state and local governments, so a reclassification could impact finances at those levels, depending on the compensation policies of a given jurisdiction, according to some public-safety sources.