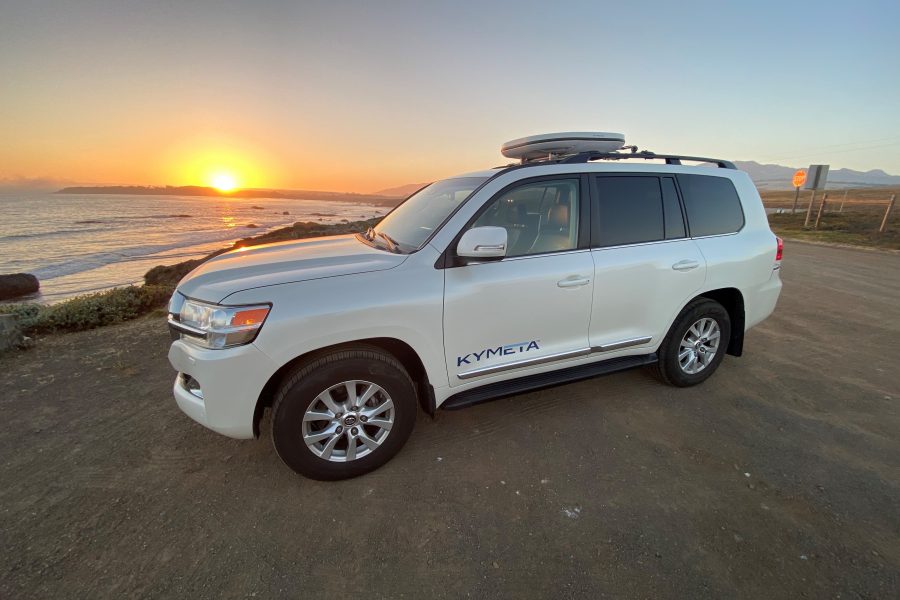 Kymeta this week announced the commercial availability of the company’s u8 satellite-cellular antenna and the Kymeta Connect service that is designed to provide users with always-on broadband connectivity in almost all locations around the globe, according to company officials.

Kymeta Chief Product Officer Neville Meijers said the company’s u8 flat-panel hybrid antenna supports broadband connectivity through both satellite and cellular services, with the router automatically determining which network provides the  best connection from a given location.

“We’re excited to be bringing this product to market, and we look forward to offering our customers a stellar customer experience and really growing the connected mobile segment,” Meijers said during an interview with IWCE’s Urgent Communications.

“We really believe that we have a product that fulfills a need that today cannot be fulfilled in any meaningful way. We believe that we are going to be opening up a market segment with always-on connectivity, making mobile [communications] global.”

Indeed, Meijers said that pre-orders for the u8 antenna “have exceeded our expectations.”

Lilac Muller, Kymeta’s vice president of product, said enthusiasm for the u8 also has been evidenced during the company’s beta trials.

“We’re actually having a different problems with the betas, in that customers don’t want to give the product back at the end of the beta trial,” Muller said during an interview with IWCE’s Urgent Communications. “I think that’s a pretty good indication that we have something that they need.”

Meijers said Kymeta officials anticipate two primary groups of u8 customers. Those with personnel trained in satellite communications—for example, many military and government entities—simply will purchase the u8 antenna and handle the satellite and cellular subscriptions themselves. But enterprises that lack the training and communications-provider relationships can subscribe to the Kymeta Connect service that provides the u8 antenna hardware and Kymeta-negotiated satellite and cellular subscriptions as part of packages that start at $999 per month.

“The customers who really understand satcom, they largely just want our hardware,” Meijers said. “For customers who really have not used satellite connectivity and just want to always be connected, … we’re offering this end-to-end [Kymeta Connect] service where we bundle this hardware together with broadband satellite and cellular connectivity to give them an end-to-end service offering.

With this approach, Kymeta believes the u8 platform can address the connectivity needs for new enterprises, such as bus fleets. However, critical-communications entities are expected to be the primary early users of the satellite-cellular antenna.

“Government and military need the most reliable and seamless connectivity to safely fulfill their missions,” Kymeta President and COO Walter Berger said in a prepared statement. “These men and women often go to the most remote or disaster-stricken areas of the world, and they need reliable communications to rescue lives, keep property safe, and complete missions.

“Our government, military, and commercial customers trust Kymeta solutions. The enhanced performance of the u8 is helping our customers make fast, easy, and reliable mission-critical communications on the move a reality.”

Muller noted work that the company is doing with an ambulance service in the Middle East.

“They want to be able to not only get access to data when they’re out in rural area where there’s very little connectivity, but they also want to be able enhance the performance of the ambulance service by being in contact with the hospital and doctors as they are making journeys to and from the patient,” Muller said.

Meijers noted that the u8 is able to support FirstNet connections in the U.S.

Tim Dunfee, deputy forest fire chief for the U.S. Forest Service, said his agency was impressed by the performance of the u8 platform during trials.

“My team works in some of the most densely populated, rugged, and steep forest terrain in the U.S.,” Dunfee said in a prepared statement. “There are places across our varied terrain that have been engulfed by fires and communications cell towers that have been destroyed causing loss of all communications. When we tested Kymeta’s solutions, we could use FaceTime and make voice calls for the first time.

“We now have a Kymeta antenna installed on one of our vehicles and deploy it to every forest fire, because we know it has reliable communications wherever it goes.”

In addition to direct connectivity to a vehicle that typically has a Wi-Fi “bubble” around it, Muller noted that the u8 platform is flexible enough to help support other communications.

“The other great thing about this product is that we also have an Ethernet connection out,” Muller said. “So, you can actually hook that up to a small cell or other land-mobile radio to extend your own communication network and use the satellite-cellular ESA really as backhaul … to extend connectivity to places you don’t have it.”

When users switch between satellite and cellular coverage, the transition is done so quickly that the user does not notice, according to Muller.

Muller also noted that the design of the u8 enables both reliable performance and smooth upgrades as technologies evolve.

“The Navy got in a boat doing 60 knots on the water—doing donuts—and they were unable to break the connection with the satellite,” Muller said. “It is absolutely incredible how fast and reliable the tracking is, based on our electronic beam-steering technology.

“Because its electronically beam steered, it’s basically a software-defined antenna, which means that we can upgrade and improve it over time by pushing software updates, much like your phone and other type of platforms out there. That’s truly innovative for the satcom world. Satellites don’t change very frequently, but our antenna can change and improve over time, when more features are added and more capabilities are provided to our customers that purchase this technology.”