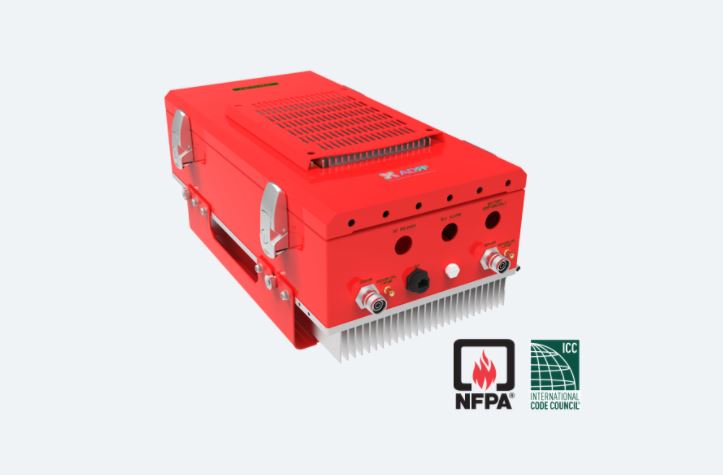 ADRF recently announced the availability of it PSR-78-8527, a half-watt public-safety 700/800 MHz digital repeater that is designed to lower the cost to owners of small and mid-sized buildings trying to support first-responder radio and cellular communications in their facilities.

Dennis Burns, ADRF’s director of public safety, said the new PSR-series half-watt repeater is designed to be deployed in buildings that are 50,000 square feet or less—a category that represents about 88% of the total market of 6.3 million commercial buildings. Previously, ADRF has served this smaller sector of the in-building market with its 2-watt product with a power output that had to be dialed back when installed in a smaller facility.

“Usually, on a 2-watt product, you can [cover] up to 150,000 to 200,000 square feet, depending on wall construction, etc.,” Burns said during an interview with IWCE’s Urgent Communications. “With a half-watt product, that sweet spot is 40,000 to 60,000 square feet. That was an area where we wanted to make sure that we had something that would address the huge market opportunity that’s out there in that 50,000 to 60,000 square-foot range, for which the 2-watt [solution] was really overkill.

“Our customers have been saying, ‘We like ADRF gear, but sometimes buildings don’t need 2 watts or 5 watts of power. Do you have something that’s smaller and less expensive in that space?’ We did not have one, so last year we started looking at developing a new product.”

ADRF officials believe the PSR-78-8527 meets the needs of the small- to mid-sized building market, as the half-watt in-building repeater supports myriad LMR and LTE connections on the 700/800 MHz bands in a smaller form factor and costs significantly less than the 2-watt alternative, according to Burns.

“It’s at least 30% lower, so it’s considerably lower in price,” he said. “We are aggressively going after this space, so we wanted to have the right product at the right price.

“There are a couple of other half-watt players in the marketplace today, so we said to ourselves, ‘We want it to be flexible. We want it to be in a nice, small package. And the other thing we need is to make sure that the economics are going to be aggressive, so we certainly have priced it right.”

Burns said the savings will continue beyond the initial purchase of the PSR-78-8527, because owners of the half-watt Class B digital repeater also will see lower energy bills than they would with ADRF’s 2-watt solution.

“That’s one of the reasons we talk about a reduced total cost of ownership,” Burns said. “With the 2-watt [repeater], you typically have to go with the large battery backup unit, so you can get the full 12 hours at 700/800 MHz, using it as a dual-band solution.

In addition, the new ADRF repeater is designed to be easy to install, Burns said.

“It’s a standalone, passive BDA,” Burns said. “Let’s say you have small retail location that’s 25,000 square feet. If you put up this unit on the wall, with the donor antenna in and maybe four or five distribution antenna, you’re up and running. It’s a very simple install, but it’s a complete system … It comes with a wall mount, and you just put it right on the wall.”

One reason installation is easier is the smaller form factor of the PSR-78-8527, which weighs 35 pounds—20 pounds lighter than the ADRF 2-watt repeater—and has a reduced footprint, Burns said. The smaller size enhances the deployment options, but it doesn’t diminish the long-term value of supporting first-responder LMR and LTE (including Verizon and FirstNet/ATT services) communications  or the fact that it is housed in a NEMA 4-rated enclosure.

“It’s a small package—it’s light, it’s flexible, whether you’re doing conduit or just cord connectors; we’ve tried to keep that flexible with the connection options at the bottom,” Burns said.

“It’s 700/800 MHz. If you don’t have FirstNet available today but FirstNet comes later, you don’t have to put in a new piece of hardware, because this will support all of it—it will grow with you, which is nice.”

Burns said the new half-watt repeater has received all of its certifications. It is available for sale immediately, and ADRF plans to begin shipping the in-building product later this month, he said.