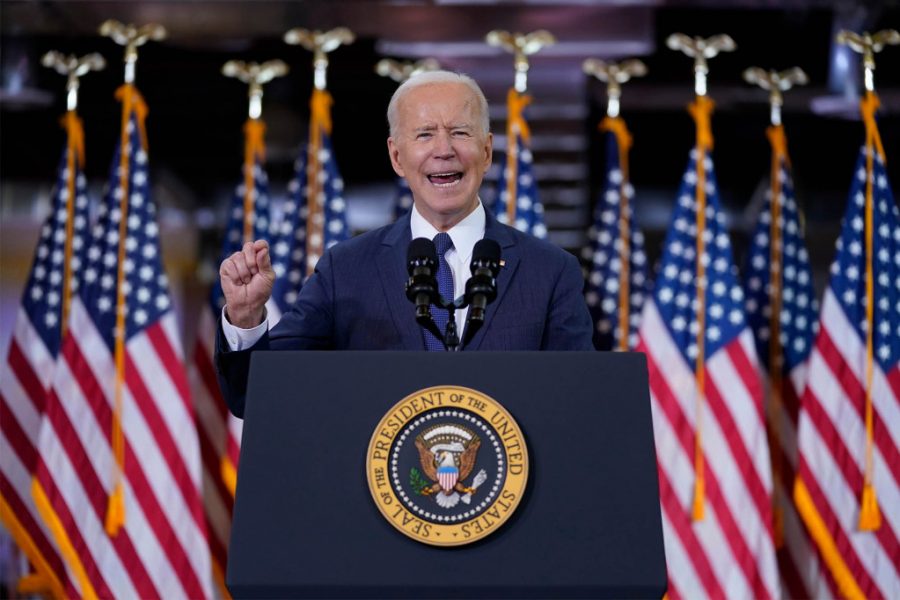 There’s not a lot of meat on the bones yet, but the broadband-facing piece of the eight-year spending plan shoots for “100 percent coverage,” with elements set aside for infrastructure on tribal lands. It also prioritizes the building of “future proof” broadband infrastructure in unserved and underserved areas. Future proof isn’t defined in the outline of the plan, but many current broadband access plans tend to focus on gigabit-class speeds and fiber-based networks.

That piece of The American Jobs Plan, designed to “revitalize America’s digital infrastructure,” also takes a veiled swipe at private telcos and cable operators. It aims to prioritize support for broadband networks “owned, operated by, or affiliated with local governments, non-profits, and co-operatives – providers with less pressure to turn profits and with a commitment to serving entire communities.”

“While the President recognizes that individual subsidies to cover internet costs may be needed in the short term, he believes continually providing subsidies to cover the cost of overpriced internet service is not the right long-term solution for consumers or taxpayers,” the fact sheet explains. “Americans pay too much for the internet – much more than people in many other countries – and the President is committed to working with Congress to find a solution to reduce internet prices for all Americans, increase adoption in both rural and urban areas, hold providers accountable, and save taxpayer money.”

The focus and rhetoric tied to the infrastructure plan could add to industry concerns that the Biden administration will soon put pressure on the FCC to reinstate network neutrality rules that were rolled back during the Trump administration.

Some analysts believe that those concerns could be offset by several stimulus projects that will likely spur more broadband subscriber growth. However, Biden’s apparent targeting of individual subsidy plans – though no specific project have been identified yet – could shrink that view a bit.