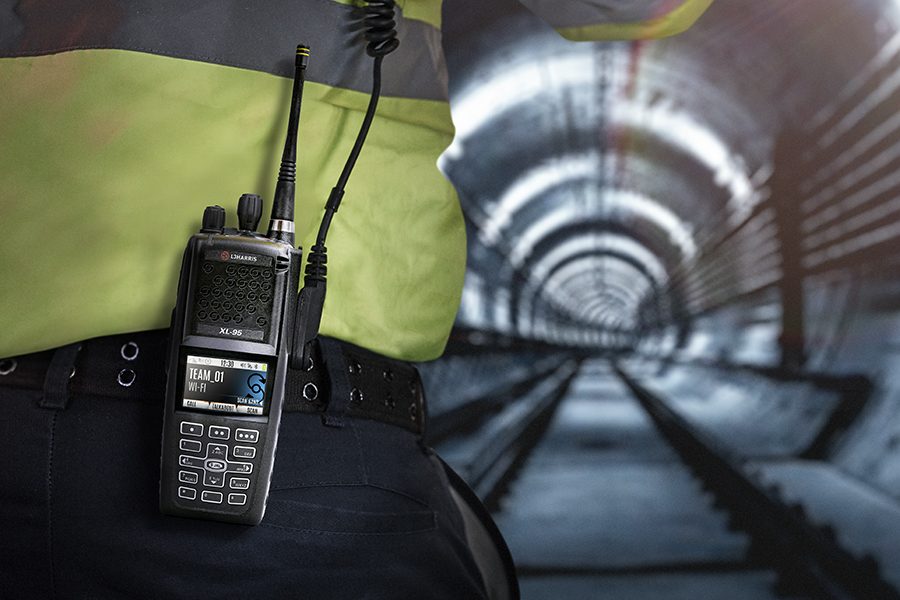 L3Harris Technologies today unveiled the XL Connect 95 portable radio, the first in a series of XL Connect radios that are designed to deliver P25 connectivity at more affordable price points than the vendor’s XL-series devices, according to company officials.

Todd Perdieu, vice president of strategy for the L3Harris Technologies public-safety business, said the XL Connect series is designed to provide the same audio quality and user interface as the high-tier XL portfolio but at a lower price—in the case of the XL Connect 95, about 25% (or  $800) less.

“The XL series that we have in place today, we needed to extend that performance into this value tier, and the XL Connect series is our chance to do that,” Perdieu said during an interview with IWCE’s Urgent Communications.

“[The XL Connect 95] is a 700/800 MHz radio that has the RF agility of the XL series but also brings innovations such as Wi-Fi and device management into that value-tier space, which is a differentiator. That offers you PTT over Wi-Fi, as well as device management over Wi-Fi in that value-tier space, which I think our customers have been super anxious to get their hands on in that value tier.”

“With today’s challenging environment and tight budgets, customers require high-quality L3Harris radio technology in a more affordable configuration,” DiCosmo  said in a prepared statement. “The XL Connect provides a secure, reliable and flexible option  to enables customers to communicate  at an affordable price.”

Perdieu said the XL Connect 95 is expected to be the only XL Connect radio that will include the PTT-over-Wi-Fi functionality.

“That PTT over Wi-Fi and the device management over Wi-Fi starts to bridge some of the broadband performance in the value tier, which is differentiated generally in that tier,” Perdieu said. “We were able to keep the innovation at a high level with the Wi-Fi capability.

“To be able to do PTT over Wi-Fi really helps us in those RF-challenged environments, whether they are in-building situations or somewhere where you’re not getting your core LMR system coverage, but you do have Wi-Fi coverage. We do have some special facilities—sometimes government facilities—that exhibit those types of behaviors. You can still connect [via] our PTT over Wi-Fi solution and still have access to things like device management over Wi-Fi, as well.”

Jeremy Elder, director of product management at L3Harris Technologies, said features like GPS, Bluetooth, active noise cancellation and instant recall are standard features on the XL Connect 95, just as they are with the high-tier XL radios from L3Harris. In addition to P25 and Wi-Fi, the XL Connect is able to operate as an analog conventional FM radio, as a P25 conventional radio, and as an EDACS radio, which could make it an attractive choice for entities migrating from the legacy L3Harris LMR technology.

“One big difference is that there’s no top display on the XL Connect 95,” Elder said during an interview with IWCE’s Urgent Communications. “With the XL-150, XL-185 and XL-200, there’s a large color display on the front, as well as a smaller color display on the top. This radio does not have a top color display. It’s also only offered in a single band, whereas the 200 is offered as a multiband [device].”

L3Harris officials believe the XL Connect 95 will appeal to users in several vertical markets, according to Elder.