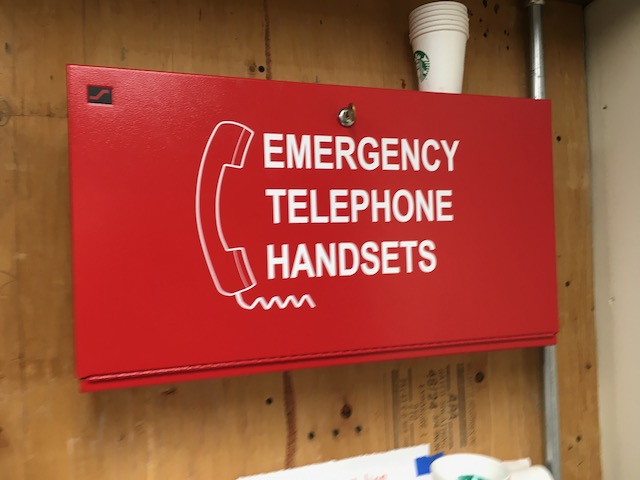 In the human body, the appendix seems to serve no functional purpose. Why did the organ appear? How can it come out of people’s bodies with no harm? Much as a person’s appendix is a mystery organ with no value, the North American fire codes contain a similar useless bygone artifact. The omnipresent-but-never-used wired two-way Emergency Communications System (ECS) is found in nearly all commercial structures. You might recognize vestiges of this odd fire code survivor in the form of small jack-in ports near elevators or on the wall of a fire evacuation stairwell landing.

While these odd components may have occasionally served a purpose before the 1980s, no modern firefighting operation should use them today. Worse, the continued presence of a quick-and-dirty fire communications “system” in the fire code supplies landlords and politicians with potential cover for pushing back against essential indoor wireless Emergency Responder Radio Coverage Systems (ERRCS).

Requirements do not appear in the model Fire Code text without reason. The wired ECS appeared as high-rise structures became common and were intended as a reliable conference system linking incident commanders with firefighting teams deployed to remote upper or lower floors during an incident.

To use an ECS, arriving firefighters would need to remember to fetch an armload of phone headsets. Each corded phone headset had an earpiece, a mouthpiece, and a dangling cord with an attached plug-in jack tip. 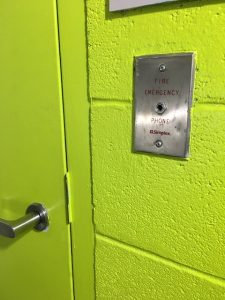 After adding this corded phone headset to the pile of equipment needed to fight the fire, the crew would make their way to the fire floor and begin work. To coordinate, one firefighter would need to plug in the team’s headset and stand by to relay information to and from the incident commander. The personnel requirement alone makes the ECS impractical in the 21st century.

Worse, the fixed locations for information relay create a bizarre version of the telephone message game. As one speaker relays a message, the message content inadvertently changes. The game may be amusing when children are at play, but the results can be deadly for firefighters.

In the decade since New York moved to eliminate ECS phones, wireless in-building ERRCS have grown in capabilities, and the systems have taken root in nearly all major jurisdictions.

In contrast to functional in-building wireless systems supporting public-safety operations, the wired Emergency Communications Systems remain a dangerous, out-of-date artifact in the fire-code text. The NFPA and the International Code Council should now take steps to depreciate text in codes that call for wired ECS.

The model fire-code text should forcefully establish the priority of wireless-based systems that have proven their value for more than a decade. Under no circumstance should an Authority Having Jurisdiction (AHJ) require the installation of wired ECS in a structure. There is no reason to force a building owner to bear the cost of these irrelevant wired systems.

The good news for building owners is that wireless ERRCS is only required in portions of the structure that suffer from inadequate coverage. Modeling and coverage testing tools help with the design of comprehensive, affordable public-safety coverage solutions.

In an era with active-shooter mass casualty events occurring across the U.S. on a near-daily basis, the availability of reliable in-building coverage for law-enforcement agencies is a must. Building owners that fail to provide this coverage may find themselves drawn into litigation, as victims ask, “Why could the emergency responders not do their jobs well when we had a crisis?” Let us eliminate the out-of-date wired ECS as an alternative to practical wireless ERRCS coverage.

Ken Rehbehn is a principal analyst at CritComm Insights. An industry analyst since 2002, Ken also serves as a firefighter in Montgomery County, Maryland, and is thankful every time he responds to a structure hosting an Emergency Responder Radio Coverage System (ERRCS).