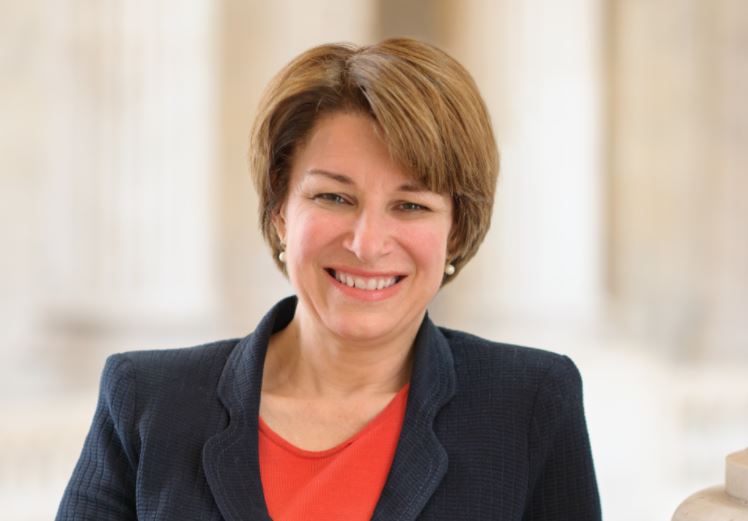 Introduced as S.2754, “a bill to provide funding for the deployment of next-generation 911, and for other purposes,” the legislation marks the first time in this congressional session that a standalone bill has been introduced to provide federal funding that would help ensure that 911 centers nationwide can migrate to IP-based NG911 technology.

“Infrastructure is more than just roads and bridges—it also includes critical technologies,” Klobuchar said in a prepared statement. “We  must bring our 911 systems into the 21st century by providing state and local governments with the resources they need to update our emergency response networks and keep our communities safe.

“In a crisis, no one should be put in danger because of outdated 911 systems, and first responders, public safety officials, and law enforcement must be able to communicate seamlessly. This legislation will enable them to do just that.”

“Our law enforcement and first responders work tirelessly to respond to emergencies and keep Nevadans safe,” Cortez Masto said in a prepared statement. “Yet when a natural disaster or other tragedy occurs, our outdated 911 system can cause slow response times and burden our crisis response network. Upgrading our emergency call centers with 21st century technology is vital to ensure people calling for help get the assistance they need.”

In April, Klobuchar pledged to reintroduce the NG911 funding legislation that she sponsored in 2019. That 2019 bill called for $12 billion in federal funds to accelerate the deployment of NG911 platforms throughout the nation.

In March, a $15 billion NG911 funding provision was included in the LIFT America Act proposed by House Democrats, but that infrastructure package not become law.

Text of the new NG911 funding bill was not available online, and a press release announcing the bill’s introduction did not provide any specific funding amounts or an explanation about what “other purposes” would be covered in the legislation.

However, the Public Safety Next Generation 911 Coalition—a group of public-safety organizations that includes APCO that was established last year— issued a press release stating that the Klobuchar-Cortez Masto bill includes the same language as the $10 billion NG911 funding provision approved by the House Energy and Commerce Committee this week.

“The Public Safety Next Generation 9-1-1 Coalition thanks Senators Amy Klobuchar and Catherine Cortez Masto for introducing legislation on September 15 that would create a $10 billion federal grant program to upgrade our Nation’s 911 Centers,” the coalition press release states. “The bill is identical to legislation approved on the same day by the House Energy and Commerce Committee to be included as part of the Build Back Better Act.”

Notably, this language has received support from a broad range of key 911 organizations, including some that previously have been outspoken in their criticism of previous legislative initiatives that proposed federal funding for NG911.

“Today, I am  thankful and encouraged to see Senator Klobuchar and Senator Cortez Masto introduce a Senate companion to the Next Generation 9-1-1 legislation that the House Energy and Commerce Committee included as part of the Build Back Better Act,” Mel Maier of the Public Safety NG911 Coalition said in a prepared statement.

“We look forward to working with the Senate and House as they advance a historic investment in critical public safety infrastructure that will improve emergency responses and outcomes for all Americans.”

“We are happy to join our fellow public safety and 911 industry organizations in supporting this legislation, and we thank Senator Klobuchar and her staff for their tireless dedication to making Next Generation 9-1-1 a reality for all Americans,” White said in a prepared statement. “We urge Congress to support this essential measure and give our country the modern, secure, resilient, interoperable 9-1-1 service it needs.”

“iCERT thanks all the public-safety organizations and congressional leadership and staffs involved in the legislative process and joins with all of public safety in urging Congress to pass NG911 funding,” Scovill said in a prepared statement.

There is a consensus that the nation’s emergency communications centers (ECCs)—referenced as public-safety answering points (PSAPs) in the past—should migrate to the IP-based NG911 platform from the legacy technology that largely was developed 50 years ago and does not easily support multimedia communications. There also is agreement that significant federal funding is needed to deploy NG911 nationwide, so there is not a “patchwork quilt” of 911 capabilities throughout the U.S., based on resources and funding priorities.

But there have been disagreements about how this should be accomplished. NG911 language in the budget-reconciliation legislation appears to avoid many of the more controversial language included in the LIFT America Act proposal, often not addressing the issues specifically.