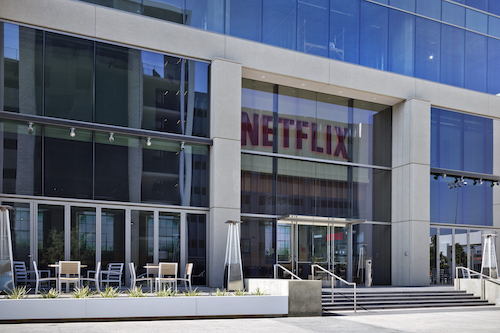 Netflix, jetting along on Squid Game success, now has nearly 214 million customers within its planet-encircling tentacles.

Telcos that pipe Netflix content to homes are suddenly jealous, even suggesting Netflix should pay them for transport (net neutrality, here we go again).

The Internet firm’s trajectory is certainly enviable – its share price has more than quintupled in five years – but its business arrangements are a shocker. Telcos captivated by the public cloud should take more note of that.

Perhaps no other company relies as heavily as Netflix does on Amazon Web Services (AWS), the largest of the three big US public clouds. By its own admission, Netflix now runs “the vast majority” of its computing on AWS, using it for data processing, storage and other services.

No doubt, this deal has brought enormous benefits for Netflix, allowing it to build an Alexandrian empire of video based on low-cost AWS resources. It also means Netflix is not in control.

That much is apparent from filings this year with the US Securities and Exchange Commission (SEC). Netflix starts by noting that “any disruption of or interference with our use of the Amazon Web Services operation would impact our operations and our business would be adversely impacted.”

Fair enough, you might think. Disruption faced by any supplier would have an impact. In the telecom sector, that is precisely why operators typically use more than one network vendor and often have multiple IT suppliers.

Then you read the bit that says “the vast majority” of Netflix computing is on AWS and realize Netflix is unusually exposed.

It gets worse, though. Telecom networks are standardized and interoperable, partly so that operators can minimize disruption if they switch suppliers. A desire to make them even more interoperable explains the current obsession with open RAN, an initiative that seeks to improve interfaces and boost competition.

But there is no public cloud parallel, and many public cloud technologies are incompatible. Hence the Netflix acknowledgement that “we cannot easily switch our AWS operations to another cloud provider.”

This downplays the risk, but Snap, a smaller tech company behind the Snapchat messaging app, does not. Unlike Netflix, it has made use of both AWS and Google Cloud for “the vast majority” of its computing, ensuring it has alternative vendors in the mix.

Except it doesn’t, really. Because, as Snap explains, “our systems are not fully redundant on the two platforms.”

In other words: “Any transition of the cloud services currently provided by either Google Cloud or AWS to the other platform or to another cloud provider would be difficult to implement and will cause us to incur significant time and expense.”