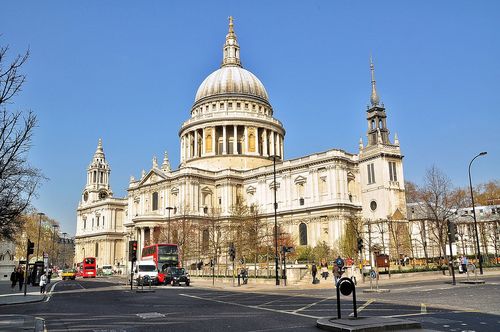 Since the early eighteenth century, visitors to St Paul’s Cathedral have been able to whisper against the gallery walls inside its immense dome and be heard clearly on the opposite side – as if the speaker’s lips were pressed against the listener’s ear.

Not an intention of Christopher Wren’s original design, this Whispering Gallery phenomenon remains a science tutorial for schoolchildren and adults alike.

“At the acoustic level, that is actually beamforming,” says Ray Dolan, the CEO of Cohere Technologies.

The idea is to harness the wireless signals that flow around any cell site, directing them toward the intended recipients like a whisper across a dome.

Done effectively, beamforming could massively improve coverage and capacity, lessening the need for mobile network equipment and boosting the value of spectrum, say experts. It is what makes Cohere such an exciting venture.

Now ten years old, the Silicon Valley-based company claims to have pioneered a version of beamforming that is far superior to any other product in the market.

It is taken seriously, too. Trials have led Vodafone to estimate that Cohere’s technology could double the capacity of a 700MHz network, compared with the use of traditional technology. For a network based on 3.5GHz, more typically associated with 5G, it reckons a four- to fivefold improvement is possible.

That is a whisper of encouragement for Dolan, who became chairman and CEO in October 2018.

“It is a really cool aspect of our story,” he tells Light Reading.

“We can make spectrum more valuable by doubling or quadrupling it.”

The suggestion that multi-billion-dollar frequency investments could – with Cohere’s technology – be worth several times that much seems to have lured investors, too.

“We just funded off that and now the company is extremely well capitalized,” says Dolan.

While Cohere is not for sharing details, Dolan believes his company has enough funds to support growth next year and in 2023, when it is expected to be profitable.

The latest round comes after Cohere raised $35 million back in 2015 from companies that included Telstra Ventures, the investment arm of the Australian telco. Other service providers also look intrigued by its technology. Germany’s Deutsche Telekom was involved in trials last year, and there is no shortage of interest in North America, says Cohere.

Out to beat the big guns

What makes Cohere so much better than anyone else? As Dolan tells it, the company’s boffins have essentially borrowed techniques used in the radar industry and adapted these for wireless communications.

A system known as Delay Doppler assesses both time and frequency measurements to create a spatial map of the channels between a mobile tower and its users. Beams can then be adjusted for better performance.

“In that world, beamforming is like a lighting director who doesn’t just have better pencil beams but also a script so that he can count on actors being where they are supposed to be,” says Dolan.

“When people say you are just another beamforming company, I say no. We have literally tamed beamforming.”

There is bound to be a degree of skepticism that such a small firm can outdo the likes of Ericsson and Nokia, which together spent almost $9 billion on research and development last year.

As a core capability in wireless communications, beamforming remains a priority for both Nordic vendors. Being outclassed by Cohere would be like a chess grandmaster’s defeat by a child prodigy – embarrassing and game-changing in equal measure.

What Cohere does have, though, is pedigree. It was founded by Ronny Hadani and Shlomo Rakib, two Israeli scientists behind a modulation scheme called orthogonal time frequency and space (OTFS), conceived as a potential alternative to the OFDM system now used in 5G.

Cohere still sees this as a “next-generation waveform” and Gabriel Brown, a principal analyst with Heavy Reading (a Light Reading sister company), thinks Cohere may try to position OTFS as a 6G candidate.

Dolan’s resume is similarly impressive. Something of a wireless industry veteran, he was the co-founder and CEO of Flarion Technologies, sold to Qualcomm for $805 million in 2005.

“That is basically 90% of the intellectual property that is in OFDM,” he says. “It is 99% of what Qualcomm does and they are worth about $200 billion. I think they got a good deal.”