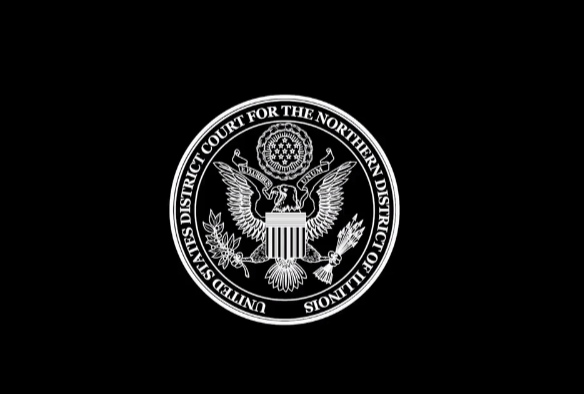 A federal judge this week issued an order establishing the royalty payments that Hytera Communications must make to Motorola Solutions on the sales of DMR radios and DMR repeaters that use trade secrets and software copyrights stolen from Motorola more than a decade ago.

In a 41-page order dated Dec. 14, U.S. Federal District Court Judge Charles Norgle ruled that Hytera must pay Motorola Solutions perpetual royalties of $80.32 per radio and $378.16 per repeater on the sale of Hytera products identified by Motorola in the lengthy litigation that began in March 2017.

These royalty payments apply to sales of affected Hytera products starting on July 1, 2019, according to the order. Hytera’s first payment will address sales made during the past two-and-a-half years, and future payments will be made based on quarterly sales. Motorola Solutions will not realize any revenue in the near future, as Hytera’s royalty payments will be held in an escrow account until appeals in the case are exhausted or until Norgle issues another ruling on the matter.

Hytera already has appealed Norgle’s decision in March 2020 to uphold an 8-0 jury verdict that found Hytera guilty of using Motorola trade secrets and copyrighted software in most of its legacy DMR products. Hytera currently owes Motorola Solutions $543.7 million in damages from the case.

Norgle was forced to make the royalty ruling after Hytera and Motorola Solutions failed to reach a royalty agreement during negotiations that Norgle ordered the companies to conduct as part of a ruling last December that denied Motorola Solutions’ request for a injunction blocking Hytera DMR sales.

In this week’s ruling, Norgle acknowledged that the royalty payments he established “fall on the higher end” of the fees he considered in his hypothetical-negotiating model. Of the 14 legal factors considered, eight weigh in favor of a higher royalty, none weigh in favor of a lower royalty, and six were deemed to be “neutral,” although Norgle deemed several of the neutral factors to be “irrelevant or inapplicable” to the situation.

Motorola proposed that Hytera’s royalty payments should be $102.00 per radio and $473.00 per repeater.

In the order, Norgle primarily sided with Hytera’s methodology for calculating royalty payments, stating that “contrary to Motorola’s proposal, royalties ought to be based on the fair market value of the relevant intellectual proper and not solely on Hytera’s past profits.”

“Contrary to Hytera’s argument, a reasonable royalty does not inherently entitle Hytera to a reasonable profit. Rather … the relevant inquiry is the fair market value of the relevant intellectual property—courts have awarded licensing fees or royalties that ‘either matched or exceeded the infringer’s profits,’” according to Norgle’s order.

Norgle order grants Motorola Solutions’ request that Hytera be required to “maintain the confidentiality of Motorola’s trade secrets and copyrights,” but the judge denied request from Motorola Solutions to have Hytera “ultimately … quarantine and remove related documents from its possession.”

“While Hytera US is not a successor-in-interest to the now-bankrupt U.S.-based Hytera defendants, Hytera acknowledges that Hytera US is a Hytera-affiliated entity, such that China based Hytera [Communications] will be obligated under the royalty license agreement for sales by Hytera US,” the order states, acknowledging agreement with Hytera’s position on the matter.

“The court finds that the notice requirement that Motorola requests would again transform the reasonable royalty into an injunction,” according to Norgle’s order.

While Norgle’s order established the amount of the royalty payments, attorneys for Hytera and Motorola are expected to reach an agreement next month that will address the details of the logistics surrounding the payments.

Hytera did not respond to multiple attempts by IWCE’s Urgent Communications to secure a comment from the company about Norgle’s royalty order.

“These royalty payments are in addition to the previously awarded $630 million, which includes compensatory and punitive damages awarded by the jury, prejudgment interest, attorneys’ fees, and costs. We remain committed to delivering best-in-class products and solutions to our customers around the world as we continue driving innovation and leading our industry.”