By leveraging video analytics that provide real-time alarms designed to identify specific type events, a single person effectively can monitor video from several cameras simultaneously, so enterprises can better realize the benefits of their video investments, according to Larry Consalvos, president and COO of IXP, a public-safety consulting firm based in New Jersey. 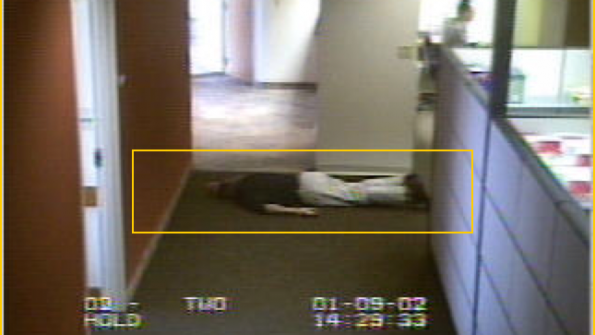 Surveillance cameras increasingly have become prevalent on campuses and within enterprise facilities, but monitoring the waves of resulting video remains a challenge. By leveraging video analytics that provide real-time alarms designed to identify specific type events, a single person effectively can monitor video from several cameras simultaneously, so enterprises can better realize the benefits of their video investments, according to Larry Consalvos, president and COO of IXP, a public-safety consulting firm based in New Jersey.

IXP is a company that has worked in the public-safety space for more than 20 years under various monikers, with core officials developing the 911 system in New York City that was retired only recently after almost two decades of operations, Consalvos said.

By using sound, graphics or a new window to highlight relevant activity, video analytics can help alert communications-center personnel to situations that should be monitored, so personnel are not always trying to look at multiple screens at once or at rotating views, Consalvos said.

“We create a profile for the client of specific behaviors that would trigger an alarm for somebody sitting inside the dispatch center,” Consalvos said. “So, instead of staring at multiple monitors or cameras on patrol that keep changing their views, we integrate smart analytics on top of that platform, so that when there’s a behavior—when somebody goes from vertical to horizontal, when somebody leaves a package and walks away from that package, or when somebody tries to climb a wall.

“Those types of behaviors trigger an alarm inside of the communications center, which then allows that communications officer to take control of the camera and then to triage that event for determining what kind of dispatch or emergency response would be necessary.”

3 tips for mitigating the ransomware threat to government offices

Check out this week's #newscan, including a round up of stories about #COVID19 , the @TMobile & @sprint merger and… twitter.com/i/web/status/1…

Making our existing cars more ‘clever’ could be a better way of getting autonomous cars safely on our streets rathe… twitter.com/i/web/status/1…

Building more connected cities makes our communities not only smarter, but also safer. See if these five projects i… twitter.com/i/web/status/1…

As the US settles into a “new normal” that includes spending a lot of time on the Internet to avoid spreading… twitter.com/i/web/status/1…

The #COVID19 outbreak is forcing agencies to consider atypical measures to ensure the health of #publicsafety commu… twitter.com/i/web/status/1…

2nd April 2020
Websites are now required by law to gain your consent before applying cookies. We use cookies to improve your browsing experience. Parts of the website may not work as expected without them. By closing or ignoring this message, you are consenting to our use of cookies.
X