Public-safety agencies have unique “human asset” management needs, because it encounters scenarios that are much more time-sensitive and life-critical than those in the enterprise sector. For example, knowing where and when a police officer leaves his patrol car and whether he took his assault rifle with him isn’t sufficient. Only by knowing what’s transpiring in real time can backup support be dispatched, even if an officer is prevented from calling in on his voice radio. 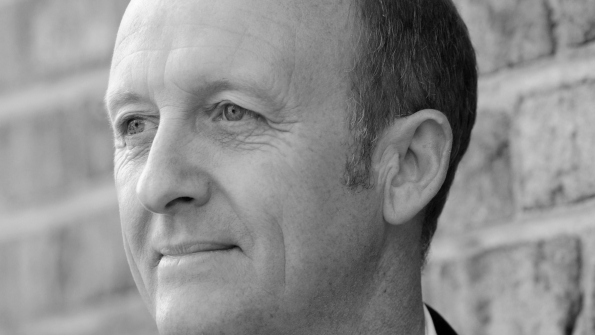 Many systems exist to track assets in and around vehicles, improving operational efficiency and providing audit trails for tracing lost or stolen property. That said, public-safety agencies have unique “human asset” management needs, because there are scenarios involved that are much more time-sensitive and life-critical.

For example, knowing where and when a police officer leaves his patrol car and whether he took his assault rifle with him isn’t sufficient. Only by knowing what’s transpiring in real time can backup support be dispatched, even if an officer is prevented from calling in on his voice radio.

To illustrate this, let’s look at the details of a traffic stop gone awry and how the latest mobility-management technology can be brought into play to protect those who’ve sworn to protect us.

A police officer cruising the hilly terrain outside of town pulls over a vehicle for crossing the center line. He attempts to call dispatch, only to find that metallic ores in the hillside are interfering with the function of his 800 MHz radio. The nearest city radio tower is six miles away, built long before urban sprawl transformed this once-isolated road into a major thoroughfare. There is a network from a cellular carrier that had built out coverage along this route in advance of the growth. And, while this remote service is nothing close to the broadband service available downtown, it is the only connectivity available to the officer.

Fortunately, the officer’s cruiser is equipped with a mobile gateway in the trunk that is specially equipped to connect to all three major cellular networks covering the region, as well as the planned new FirstNet network. When the cruiser left town and headed into the hills, the mobile gateway automatically sensed and switched from network to network, maintaining a strong and steady data connection back to the operations center. While the officer knows he should send a message to headquarters via his digital CAD system, today he’s a bit impatient. As he exits his vehicle, several things happen automatically:

·         An alert immediately shows up on the dispatcher’s console, indicating that the officer has left his vehicle.

·         An antenna on the roof of the cruiser detects that the officer is still within 30 feet of the cruiser, and the mobile gateway passes that information along to dispatch.

·         The mobile gateway directs the video capture software controlling the dash-mounted video camera to begin streaming a feed to the police department’s multicast video server. Because the network connection is cellular—with limited uplink capability—the video stream is configured for one frame per second, while the 30 frames-per-second “evidentiary” feed is continuously stored on the solid-state flash drive in the mobile gateway.

The dispatcher gets notice that the officer has left his vehicle but is still within close proximity to the cruiser. Locating the officer on the map, she concludes that a traffic stop is in progress and notifies other officers in the area to be on standby in case assistance is required.

The dispatcher then opens a monitor window to observe the video stream. While the video is somewhat jerky due to the low frame rate, she can clearly see him approach the vehicle and begin talking to the driver. She also notes the car’s license-plate number.

As the officer approaches the vehicle, a man jumps from the passenger door and runs for the bushes, while the driver guns the engine and flees the scene.