Delivering broadband connectivity via TV-white-spaces spectrum can be a cost-effective option for enterprises needing to link with remote facilities in less-populated area. It also represents a new opportunity for radio dealers, according to Carlson Wireless Technologies CEO Jim Carlson. 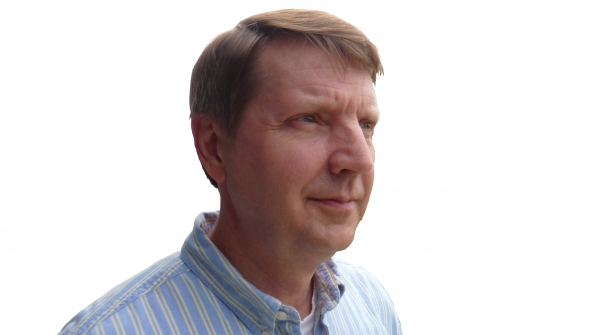 For many aspects of wireless broadband, being located in densely populated areas is an advantage. After all, dense population means lots of potential customers in a relatively small geographic area, potential economies of scale, and multiple backhaul options, in many cases.

But that’s not always the case, and no company exemplifies this better than Carlson Wireless Technologies, which received certification from the FCC earlier this year for its RuralConnect solution that leverages spectrum in the TV white spaces—free spectrum located between TV channels—to deliver broadband connectivity.

As the RuralConnect name implies, the Carlson Wireless offering is designed to work in less populous locations, with good reason, according to company founder and CEO Jim Carlson. After all, densely populated geographic areas have lots of potential viewers, so they tend to attract more TV broadcast stations, which means there is less white-spaces spectrum between the stations that can be used for broadband services.

Contrarily, in less-populous locations, there are not as many TV stations, leaving plenty of spectrum for a broadband system like RuralConnect, Carlson said.

“We’ve got the first product on the market that’s taking advantage of the new white-spaces licensing rules that are allowing people to use—at no charge—the UHF spectrum that’s unoccupied,” Carlson said during an interview with IWCE’s Urgent Communications. “And, in most medium-sized or smaller-sized towns, there are quite a few channels available.

“To get free spectrum that’s clean, new spectrum to use for broadband with that lower-frequency propagation model, that’s a godsend today.”

Under the rules for TV-white-spaces spectrum established by the FCC, certified products cannot interfere with the incumbent TV broadcasters. To ensure that this doesn’t occur, such products must access a certified database that lists all of the television stations in the geographic area, so the white-spaces radio knows to avoid those frequencies.

This process is automatic, which is just one reason why traditional LMR dealers should not have a steep learning curve if they choose to pursue a business arrangement with Carlson Wireless, according to Carlson.

“It’s back to the future,” he said. “Take 20 years back for UHF, because that’s kind of where they’re going. Mix that with a little cable TV, because we’re using antennas similar to TV antennas to do the propagation for us. Then, we’re adding broadband to that.

“So, it’s a little bit of a mix of three things that they’re familiar with. But the propagation is the same as UHF narrowband, and they know those models, and they know how to model that. It’s a little different [than LMR], in that you plug it in, and the channels are fixed for you, based on the database.”