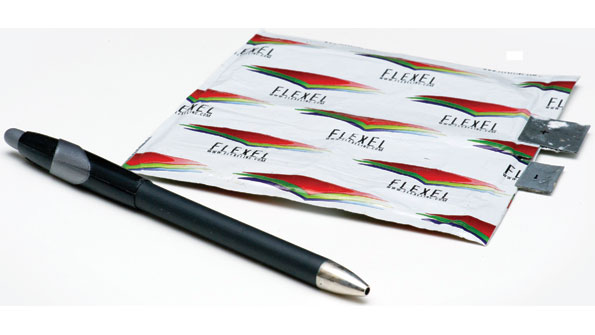 (Ed.: This article originally appeared in print as "Flat-out exciting.")

During this exciting — albeit confusing — time in the annals of first-responder communications, there is considerable debate about the most appropriate technology for emergency personnel to use during crises, from analog radio to 4G cellular systems that leverage LTE. But there is no debate regarding the need for power — because, without it, even the most sophisticated networks and gadgets are useless.

This reality recently was reinforced on a system level with the landfall of Superstorm Sandy (see story, page 16), which resulted in many commercial networks being unavailable, largely because the power grid failed. On a user level, many communications stories in the aftermath of Hurricane Katrina focused on the inability to recharge handset devices in locations where commercial power was not available.

Even in more "normal" situations, ensuring that users' equipment is powered appropriately can be a challenge. In the military, significant money and resources have been invested in the development of portable power supplies, so that warfighters have enough power with them to maintain communications. Domestically, one of the telling characteristics of wildfires is the AA batteries strewn on the ground as firefighters exchange power supplies in an effort to keep their portable radios charged.

It's a challenge that has become more difficult as users have started carrying more devices — from radios to sensors — with each often using different types of batteries, according to Jalal Mapar, program manager for the U.S. Department of Homeland Security's directorate of science and technology (DHS S&T).

"When you think about the number of battery-powered gadgets they have on them — from radios to PASS devices and so on — all of a sudden, you realize that, 'Goodness, there are all kinds of batteries being used, and each of those batteries has a weight, some requirements and a cost associated with it,'" Mapar said.

"Generally speaking, we don't have a standard, energy-generating device — i.e., batteries — that could fit, in some way, shape, matter or form, in personal-protection equipment, or somehow could be reusable from one radio to another sensor to a device and so on."

But the DHS S&T is determined to change this, and is spearheading the development of wearable battery technology that promises to solve many of these user-power issues, while significantly reducing the weight and cost associated with the necessary electrical energy to operate a plethora of devices and gadgets, Mapar said.

These efforts are beginning to bear fruit, as the DHS S&T has tested prototype paper-thin batteries that are flexible enough to be used in an endless combination of form factors and power configurations, while also being more environmentally friendly and costing less to manufacture than traditional alkaline batteries.

Current prototypes that measure 5 inches by 5 inches — and about a millimeter thick — produce power that is equivalent to a AA battery and will last for a year, Mapar said. Larger sheets can produce more power, with a square meter generating the same power as 100 AA batteries. The solution not only is expected to benefit first responders, but it also could have a significant impact on the commercial power market, he said.

"This is one of those impossible things that you think about when generating new technologies. To increase performance, reduce the size and weight, and reduce the cost is kind of like an oxymoron. But we've been able to do that now with the prototypes we have."