Earliest state plans for FirstNet could be ready in latter half of 2015, FirstNet official says

FirstNet consultations with states and territories are expected to take more than a year, during which time answers to questions regarding eligible users, partnerships, 911 coordination and funding models will be sought, according to panel at the NENA conference. 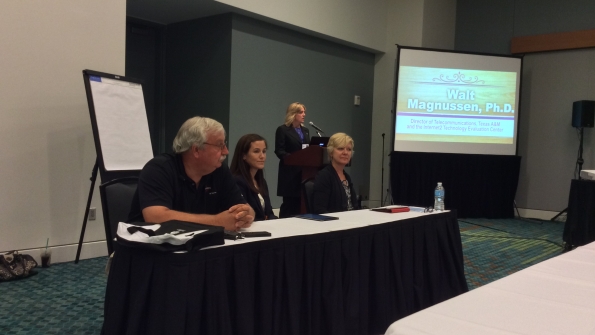 Earliest state plans for FirstNet could be ready in latter half of 2015, FirstNet official says

It will be at least a year before any state or territory will have network plan that can be considered by a governor, who will have to make an opt-in/opt-out decision before work to deploy a much-anticipated broadband system for public safety can begin, a FirstNet official said this week.

Amanda Hilliard, FirstNet’s director of outreach, made the statement while describing the consultation process that FirstNet will have with states and territories during a session entitled “The Synergy Between 911 and FirstNet” at the National Emergency Number Association (NENA) conference that was conducted in Nashville, Tenn.

“This consultation process … ends with FirstNet essentially delivering a plan to the state that the governor will sign for how FirstNet will build this radio access network within the state,” Hilliard said during the Tuesday session. “We envision that this process is going to be very iterative and collaborative. We’re thinking that there will be at least five in-person meetings in each state and territory with the SPOC (state point of contact) and a number of stakeholders coming to those meetings.:”

Given this timetable, there is still an opportunity for stakeholders—like 911 representatives—that have not yet been involved in FirstNet-related discussions to have their input considered as the plan for their state or territory is formed, Hilliard said.

“It’s an iterative, at least a year-long—probably a little longer than that—process,” she said. “If you’re not engaged and don’t know who your SPOC is, get engaged. But, if you’re not there right now, there will be some time over the next couple of months to correct that.”

According to the law passed by Congress in February 2012, FirstNet will present its network-buildout plans for a state or territory to the governor, who will have 90 days to determine whether to accept the plan or choose to “opt out” of the plan. If a state chooses to opt out of the FirstNet plan, it is still responsible for deploying a public-safety LTE network that meets FirstNet’s technical and interoperability standards.

With both FirstNet and next-generation 911 needing reliable, redundant broadband connectivity, there is an opportunity during the planning stages of both public-safety initiatives to make efficient use of scarce resources, according to panelist Walt Magnussen, director of Texas A&M University’s Internet2 Technology Evaluation Center (ITEC).

“You’re looking at a lot of bandwidth required to make FirstNet become a reality,” Magnussen said. “On the other hand, the ESINets [supporting next-generation 911]… are also going to broadband services, because we’re now delivering video and a number of other media, which means we’re also going to have a very bandwidth-intensive network.

“While these two networks are both walled-garden networks and really need to be built separately—they do separate things to support different areas—there’s no reason that we can’t share the underlying infrastructure. Because, both for FirstNet and the ESINets, the bandwidth and backhaul that’s required to run them is going to be a very, very significant part of our operational expenses. And the more that we can share from these two sides—the more that we can consolidate those two services into a single pipe—the better off we’re all going to be.”