For public safety, the location of an incident and where its personnel resources are during a response are critical pieces of information. With this in mind, it is crucial that such data—including vertical-location information, with floor-level granularity—is made available to first-response agencies. 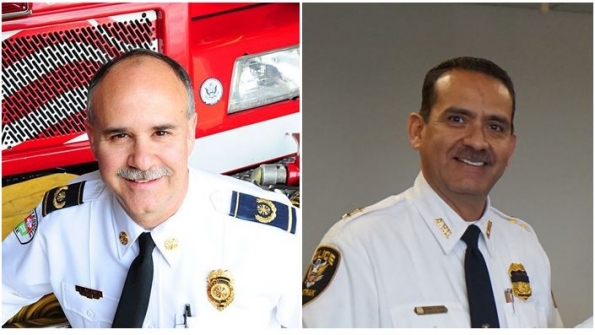 There is a class of location systems that are short range that can serve the needs of a venue or a personal network. These technologies do not cover an entire metropolitan area and may be present or absent, depending on whether an enterprise has purchased and deployed a system. They also may not be open to public safety’s use. Imagine responding to an emergency on a corporate campus that allows public safety to use the corporation’s WLAN location system—that’s not likely going to happen or could be time consuming to implement. The inconsistency of availability of these systems makes them problematic for broad public-safety use.

There is also a class of short-range technologies (generally “crowd-sourced” Wi-Fi) that has morphed into a “Regional Area” network and is represented by the “Blue Dot” on your smartphone that companies like Google and Apple provide. The idea is to aggregate thousands—if not millions—of Wi-Fi access points to derive location from them. At first, this seems like a very clever, Googlesque idea. However when you peel back the layers, it is clear that although it may be useful to find yourself in a mall, it cannot be counted on for mission-critical applications.

The first fundamental problem is that no one really manages these Wi-Fi access points, so their performance and reliability is only as good as the maintenance of these Wi-Fi networks. In some cases, you may get good accuracy; in other cases, it may not be close. And these systems do not support Z-axis, vertical-location capabilities.

This approach definitely does not work when the power is out, so there would be no availability during severe thunderstorms, snowstorms or hurricanes that cause a power outage. It’s impossible to detect an access point that is “off”, and the surest way to turn something “off” is to cut the power to the building—something we all do in case of a fire.

What is worse is that, because it depends on the number of Wi-Fi access points in a neighborhood, it is less accurate in neighborhoods that do not have a lot of Wi-Fi access points. National studies indicate very low fixed-broadband penetration—a proxy for Wi-Fi access points—in poor, elderly and a- risk communities. So, the very communities that may have the greatest need for police and fire personnel may not have accurate and reliable location available to them, based on this approach. A sworn officer or firefighter’s critical location information shouldn’t depend upon the whim or economic circumstances of the occupants of a building.

Terrestrial Beacon Systems are a new class of dedicated, tower-based location systems support for which has recently been adopted in 3GPP and OMA. These international standards bodies consider terrestrial beacons to be a form of “Terrestrial GPS,” because they act very much like a terrestrial constellation of satellites and are received by compatible GPS chips.

Currently, only one such Terrestrial Beacon System is defined and in deployment, and that is the metropolitan beacon system (MBS). While it operates in a manner similar to GPS, its transmitters are located on nearby towers or rooftops, so the signals can easily penetrate inside buildings, homes and offices where GPS cannot, blanketing an area with coverage. It remains the only wide-area technology proven to provide floor-level altitude information—hence, providing true 3D location information—in blind trials, such as the FCC’s “CSRIC III” indoor 911 wireless location trials in 2012.