FirstNet is delivering more than we imagined

When Congress established FirstNet in 2012, many officials were worried that it charged with executing a big task with too few resources for a government agency to deliver. However, it now appears that FirstNet is delivering more than most imagined was possible. 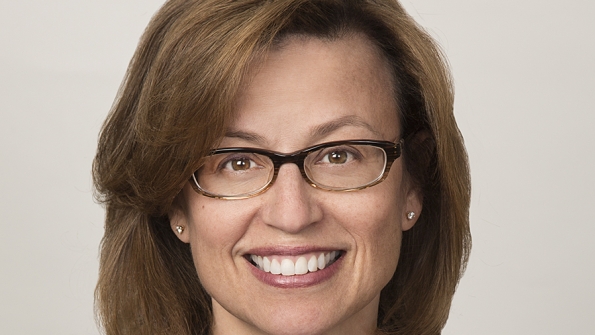 FirstNet is delivering more than we imagined

As Deputy Administrator at the National Telecommunications and Information Administration (NTIA), I was privileged to work with tremendously talented people in the Obama administration and Congress to develop the proposals that would lead to the creation of a single nationwide broadband network for public safety. Our goal was to ensure that first responders—whether at the local, state, or national level—could communicate, despite jurisdictional boundaries and especially during emergency situations, when access to reliable communications is most critical. We ultimately determined that first responders needed a single, dedicated broadband network that would not only achieve these goals, but also provide first responders with access to the most advanced communications technologies.

Congress then gave us—as part of the Middle Class Tax Relief and Job Creation Act of 2012 (Spectrum Act)—the First Responder Network Authority (or FirstNet) and assigned 20 MHz of spectrum in the 700 MHz band (Band Class 14) to achieve this vision. It is humbling and gratifying not only to watch our efforts come to fruition but to see a result that is even better than what we had imagined was possible.

As the proposal for a nationwide public-safety broadband network took shape, we identified numerous challenges, including:

FirstNet sought to address these challenges by issuing an innovative, “objectives-based” request for proposals (RFP), in which it challenged potential bidders to meet 16 objectives developed with input from public safety—objectives that FirstNet deemed AT&T (disclosure: AT&T is a client of Wiley Rein), its winning bidder, satisfied.

FirstNet will not break the bank

Congress provided $7 billion to cover network costs, state planning grants, opt-out state grants, and FirstNet’s administrative expenses. After expenses, that left approximately $6.5 billion to fund the deployment of the network, whether by FirstNet or the “opt-out” states. In a 2015 report, the U.S. Government Accountability Office estimated that it could cost up to $47 billion over the first 10 years to construct and operate the FirstNet network.

Congress—recognizing that far more than $6.5 billion would be required—authorized FirstNet to address the shortfall in two ways.  First, Congress directed FirstNet to leverage commercial infrastructure to the “maximum extent economically desirable.” [legal citation: 47 U.S.C. § 1426(c)(3)]  Second, Congress authorized FirstNet to enter into “covered leasing agreements,” under which FirstNet could partner with a commercial provider to deploy, operate, and maintain the FirstNet network in exchange for the ability to use—on a secondary basis, with public safety as the primary user—excess Band Class 14 network capacity.  [47 U.S.C. § 1428(a)(2)(B)]

FirstNet saw the business opportunity presented by Congress and structured its RFP accordingly. At every public meeting I attended, FirstNet touted the opportunity for its industry partner to access the FirstNet spectrum in exchange for deploying, managing, and operating the FirstNet network.

It’s unclear how many entities submitted bids, but we know of at least three: AT&T, Rivada Networks and pdvWireless. All three were attracted, in large measure, by opportunities presented from having access to the FirstNet spectrum.

In the end, FirstNet selected AT&T, which agreed to spend approximately $40 billion over 25 years to deploy, maintain, and operate the nationwide public-safety broadband network. AT&T also committed to offering FirstNet subscribers access to its commercial LTE network, which currently covers more than 99% of Americans. Without offering access to its excess Band Class 14 capacity, FirstNet likely would have been unable to find an industry partner willing and able to undertake the massive challenge of deploying and maintaining a FirstNet network that would be sustainable in the long term.

The very purpose of FirstNet is to ensure that public-safety subscribers can communicate at any time in a highly secure manner—anywhere and with anyone. And FirstNet has a staff of more than 200 employees with expertise in public safety, telecommunications, finance, procurement, and other areas whose sole focus is completing this mission.