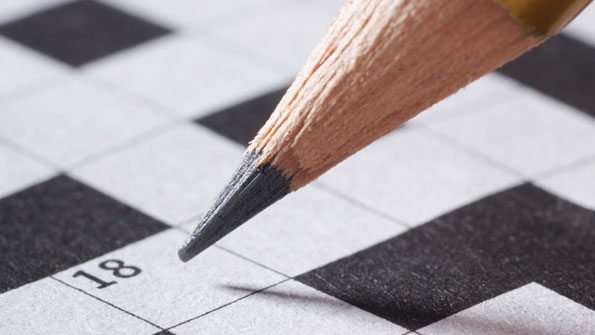 A version of this article appeared in the March 2013 print issue with the headline: A very challenging puzzle.

Adages become adages because time proves that the wisdom they espouse is unassailable. One particular adage seemingly is being embraced right now by FirstNet and the public-safety sector, as representatives of each work together to determine just how to deploy a nationwide broadband communications network for first responders that will leverage commercial technology with which most agencies have little to no familiarity.

The adage is, "The best way to eat an elephant is one spoonful at a time."

After President Barack Obama signed into law federal legislation that reallocated the 700 MHz D Block spectrum and authorized $7 billion for this network, the National Public Safety Telecommunications Council (NPSTC) set out the next month to update the statement of requirements (SOR) for this network that first was created in 2007, prior to the failed D Block auction conducted by the FCC.

But the effort turned out to be far more involved than a mere update, according to Andrew Thiessen, vice chairman of NPSTC's technology committee, who also is standards and requirements lead for Public Safety Communications Research (PSCR), a unit of the U.S. Department of Commerce based in Boulder, Colo.

"We basically ended up rewriting the document from scratch," Thiessen said. "It was a monster lift."

It also was a highly collaborative effort, involving NPTSC members and representatives from commercial carriers and industry vendors, all of whom embraced the challenge, Thiessen said.

"At times, we had more than a thousand comments for each version of the document," he said.

The goal was to finish the project by last August — the same month that the FirstNet board members were named.

"The one thing that always was a little bit uncertain was that the board hadn't been announced, and they hadn't been seated, and so we were basically trying to chart a course to deliver a document, and we weren't sure how much utility it was going to give to FirstNet," Thiessen said.

Those instincts proved to be prescient. When the heavy lift was complete, the resulting document totaled an unwieldy 300-plus pages.

Then things took an interesting turn. Several of the newly appointed FirstNet board members suggested that the document be whittled down to something that was more manageable. They also suggested that NPSTC focus solely on launch requirements, based on the theory that requirements could be amended and/or expanded after early deployments yielded much-needed intelligence.

"The vision was that we were looking at three different stages of requirements," Thiessen said. "The launch stage was to deal with Day Zero — what would the network need to do the day it [went live]. Stage 2 would be addressed after the network had been running for a couple of years, and Stage 3 would be 3-5 years."

The NPSTC governing board then made a key decision. Despite the fact that industry had been quite helpful in drafting the initial document, they decided to "give public safety the pen," Thiessen said. Several working groups consisting solely of public-safety representatives scrubbed the document and sent it to the Public Safety Advisory Committee (PSAC) executive committee for review.

"In the first stage, which was a six-month process, industry was very helpful and collaborative," said PSAC Chairman Harlin McEwen. "But we didn't want this to be an industry document; we wanted it to be a public-safety document.

"We feel very comfortable that we had good input from industry, but, at the end of the day, this document reflects public safety's sentiments. We think that's important."

The end result was the 125-page document that was submitted to the FirstNet board in December that is an accurate reflection of public safety's needs, McEwen said.

"I think the statement of requirements is excellent," he said. "There were only a couple of things that we [the PSAC executive committee] didn't agree with NPSTC on."

One of those differences was NPSTC's recommendation that the launch requirements indicate that push-to-talk over LTE and video services should not be deployed by FirstNet, but deployed locally.

"The PSAC executive committee said that such services should be standardized capabilities defined nationwide by FirstNet," McEwen said. "The background of this is simple — we don't want this to be another LMR disaster. We don't want one push-to-talk service in Phoenix and another in Chicago. It needs to be standardized nationwide."