Despite efforts to improve the ability of the U.S. government to be able to communicate with Americans traveling abroad, the chances of success are haphazard, at best—a situation that could result in the unnecessary loss of American lives. Technology offers a way to increase significantly the chance for the U.S. government to provide important emergency information to these Americans on foreign soil. 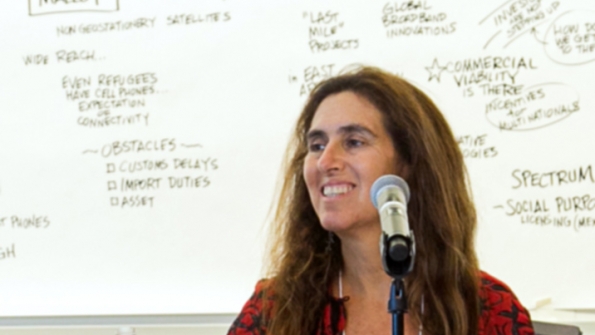 By Jennifer A. Manner

People who live in the United States are benefiting greatly, in terms of safety, from the latest early-warning and other public-protection and disaster-response technologies that have been incorporated into today’s telecommunications networks.

For example, it was only a few years ago that emergency alerts were incorporated into our mobile networks, ensuring that anyone with a smart phone would be able to receive emergency alerts both on a national and local level. This means that, if Americans have their smart phone with them, they can be informed of an emergency situation and take appropriate action. In addition, we are beginning to see the integration of new technologies in our 911 network that increase the accuracy of locating a caller, as well as enabling the use of newer media, like texting, to reach emergency responders.

Despite these great advancements, Americans traveling in foreign countries are not able to benefit from these technologies, instead relying on local requirements for public-safety notifications and response. Generally, this makes sense and has had satisfactory results. However, one area where such a regime is unacceptable is with regard to reaching Americans in times of emergencies, such as during terrorist attacks or natural disasters.

During these situations, it may be necessary for the U.S. government to reach Americans quickly, such as when an evacuation might be required. However, because of the current voluntary and poorly designed notification systems, most Americans traveling abroad may not receive any notification and may not know where to find valuable information.

For a U.S. citizen or resident to receive a notification from the U.S. Embassy, State Department or other U.S. government agency about an emergency event and, more importantly, an evacuation or other urgent action necessary to be taken, the person today would have to register affirmatively with the State Department or the local U.S. Embassy through the Smart Traveler Enrollment Program or another process.

While it is clear some travelers do register, there are no public figures available on how many travelers to any foreign country actually do this at any one time. However, it is reasonable to assume that a significant number of travelers do not enroll in this service.

Accordingly, at any given time, there may be hundreds—possibly even thousands—of Americans who are in a foreign country but have not notified the U.S. government and provided contact information. In addition, because the information requested is quite broad, it does not provide the government with information of the locations of the traveler. While the U.S. Department of State and related agencies are active on social media, these mediums can only offer high-level guidance and must be affirmatively sought out. Hence, despite efforts to improve the ability of the U.S. government to be able to communicate with Americans abroad, the chances of success are haphazard, at best. This could result in the unnecessary loss of American lives.