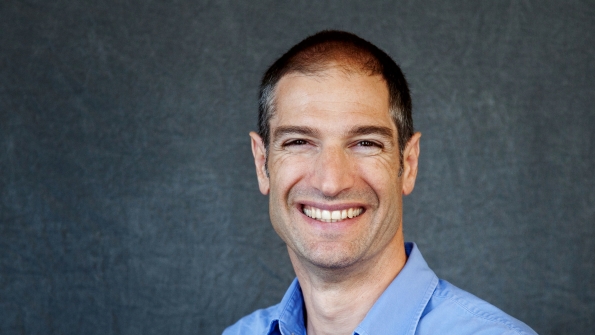 Mobile usage has exploded in recent years, which leaves carriers fighting a constant battle to deal with growing wireless traffic, especially when it comes to mobile data. Many are choosing to deploy new macro cells, expand their rollouts of 4G technologies and acquire more spectrum to deal with the problem.

Yet this isn’t always enough; cells still become overloaded by a small proportion of heavy users, creating an inconsistent and poor-quality experience for the masses. This situation isn’t acceptable at the best of times in the commercial arena—particularly as the average subscriber is all too willing to swap service providers, if they experience a less-than-stellar connection—but it’s an even bigger concern when it comes to public safety.

Today, 4G networks and mobile broadband technologies are widely available for public-safety matters, giving officials a platform for unprecedented access to real-time information, images and video anywhere and at any time. Embodied by efforts such as the NTIA’s FirstNet and fueled by open standards, LTE has the potential to become a state-of-the-art public-safety communication solution for protecting first responders and the communities they serve.

FirstNet is responsible for providing emergency responders with the first high-speed, nationwide network dedicated to public safety.  It is a multi-faceted program for many reasons, including the facts that operators must address concerns over network quality before it can become a reality and that each state and locality will need to have a Radio Access Network (RAN) that will connect to FirstNet's network core within a structure that has not yet been defined. In addition, FirstNet has to provide mechanisms for prioritization based on users and devices.  It’s a huge undertaking.

Planning and building a radio access network is the most capital-intensive part of building a network. That’s a whole separate discussion.  After the planning is completed, the priority shifts to system optimization.

While LTE represents great promise in this environment, it also represents a greater challenge than 3G and other technologies ever did. From spectrum issues to roaming requirements, from device and network vendor selection to network technology options, the level of complexity operators face has resulted in considerable technical and financial hurdles in LTE networks today that have led to less-than-consistent network performance.

Yet, in our modern hyper-connected world, there is a greater need than ever for real-time mobile communications to stand up to scrutiny. Average users are now less forgiving of dropped calls or undelivered messages. Public-safety officials will demand an even better level of connectivity, because a delay or poor service can pose a threat to safety.

It comes as no surprise that there has long been concern over the use of LTE networks for communication in a crisis. However, operators are now in a position to tackle this issue head on by implementing end-to-end service assurance and optimization tools that cover the entire network, from the radio access network (RAN) to the core.

When it comes to LTE, optimizing the RAN for voice and messaging is no longer sufficient; traffic patterns are changing, and operators need ongoing, real-time intelligence about what is happening at the network edge. Because of this, RAN management and optimization have become vital to deliver the potential of LTE, as the RAN holds the key to ensuring quality network performance for subscribers and, in turn, public-safety officials.

Improving RAN performance does come with its own challenges. Historically, it has been a very costly exercise for traditional carriers, and now it will impact private public-safety network (PSN) operators, too.