Daniel Burrus, one of the world’s leading technology forecasters and innovation experts, will give the opening keynote address at IWCE 2014 on the morning of March 26 in Las Vegas. 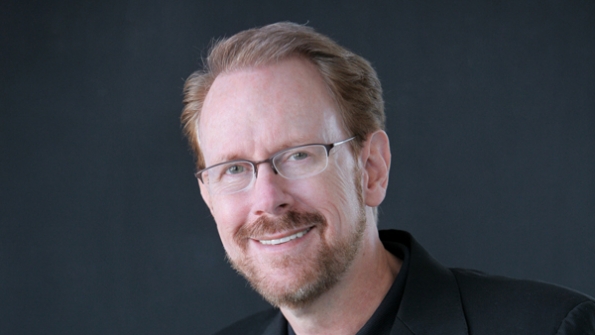 Daniel Burrus, one of the world’s leading technology forecasters and innovation experts, will give the opening keynote address at IWCE 2014 on the morning of March 26 in Las Vegas, according to IWCE officials.

Burrus is CEO of Burrus Research, which is a research and consulting firm that monitors global technological advances and helps executives from Fortune 500 companies devise strategies to best take advantage of these changes. His client list includes companies such as Microsoft, GE, American Express, Google, Toshiba, Procter & Gamble, Honda, ExxonMobil, and IBM.

During the past 30 years, Burrus has established a reputation for his exceptional record of accurately predicting the future of technological change and its direct impact on the business world. He has authored six books, including Flash Foresight—a bestseller on The New York Times and The Wall Street Journal lists—and the highly acclaimed

Technotrends. Burrus also is a featured writer with millions of weekly readers on the topics of innovation, change and the future.

An innovative entrepreneur who has founded and managed six businesses—four of which were national leaders in the United States in the first year—Burrus has been the featured subject of several PBS television specials. He has appeared on programs for CNN, Fox Business, and Bloomberg, and has been quoted in a variety of publications, including The Wall Street Journal, Financial Times, Fortune and Forbes.

“We’re thrilled to have a visionary like Daniel Burrus presenting at IWCE,” said Stacey Orlick, IWCE’s event and content director.  “The technology is changing so rapidly that it’s hard to keep up, and our audience is excited to gain insight into what the future holds. He will set the stage for an exciting few days of exhibits, networking and education on the latest in communications technology.”