IXP Corporation announces a global positioning system (GPS) solution called SAIF GPS that has enabled Johns Hopkins University to track its security officers, even when they are inside campus buildings. 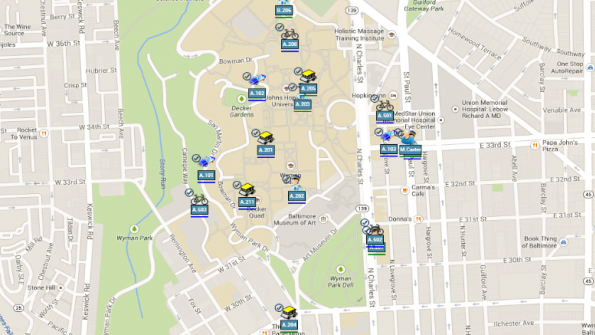 IXP Corporation has announced a global positioning system (GPS) solution called SAIF GPS that has enabled Johns Hopkins University to track its security officers, even when they are inside campus buildings.

The Princeton, N.J.-based company partnered with NowForce, which is headquartered in Israel, to develop a smartphone solution that uses both Wi-Fi and cellular triangulation to geolocate a device when inside a building, where there is often limited access to GPS satellite or cell coverage, said Anthony Ritter, managing director of IXP Corporation. The officers’ location is then visible on a map at the university’s communications center and on web devices.

SAIF stands for System Assurance Integration Framework, which is a registered trademark of IXP and represents the company’s methodology.

The university chose to deploy SAIF GPS about six months ago with its existing infrastructure before making any upgrades to improve cellular or Wi-Fi coverage indoors.

“It really starts with understanding the infrastructure at the university—or any university—because a lot of them have deployed Wi-Fi networks across their campuses,” Ritter said during an interview with IWCE’s Urgent Communications. “But that doesn’t mean they’re everywhere, and of course, security personnel have to go everywhere.

“They wanted to see how it worked natively with the current infrastructure and see where it works well indoors and where it doesn’t. Rather than have us come out and survey the entire campus for them, they just wanted to see how it works out of the box. There’s buildings where it works just fine, and then there’s other places where there’s spotty coverage. A lot of it depends on how critical they feel that is, because you might have invest in some cell boosters and Wi-Fi boosters.”

Johns Hopkins purchased 100 smartphones, which are assigned to campus security’s three shifts. That means a third of the phones are always out in the field, while the others are charging. The cost is about $500 per phone annually, Ritter said. IXP, which has worked with the university since 2004,  is providing professional services and support for a two-year period.

At this point, SAIF GPS primarily is satisfying a basic need that the university had—the ability to track its officers, so the university can use historical data to verify an officer’s whereabouts in the course of reconstructing an incident. The solution gives the university a “snapshot” of where its assets are at any given time, Ritter said.

“They just want to be able to stand behind their officers and say, ‘Look, the officer said he was in his zone and he was minutes away and he got there as quickly as he could,’ and we can verify that now,” he said. “They’re not looking to go after the officer as much as they’re trying to support the officer.”

The Baltimore university has its own communications center and a security office staff of about 200 people.

IXP is in the process of releasing an enhancement that would allow the university to map the officers’ movement during a shift and compare that with incident data so, when needed, changes can be made to better patrol the campus.