Disruptive innovation isn’t easy and can be a little scary—but when it occurs, it’s a beautiful thing to witness. 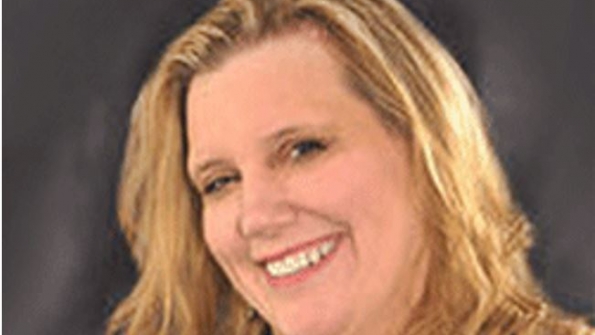 History provides numerous examples of disruptive innovation. In the early part of the last century, for example, automobiles were very costly to produce and prohibitively expensive for anyone but the wealthy to purchase. But then Henry Ford came along with his assembly line and, virtually overnight, automobiles could be afforded by the middle class—a paradigm-shifting event, by any measure.

Several decades later, America had big problems during World War II. One of the biggest was an inability to stem the infections that settled in wounds suffered by soldiers on the battlefield, resulting in a staggering number of amputations and lives lost. Penicillin was discovered in 1928, but in the early stages of the war there was no way to mass produce it—in fact, by June 1942, enough penicillin had been produced to treat only 10 patients.

So, the U.S. War Production Board got involved and found a solution—two years later, 2.3 million doses of penicillin were produced in advance of the Normandy invasion, and by the end of the war, 645 billion doses were being produced annually. It is estimated that the ability to treat battle wounds with penicillin cut the mortality rate for soldiers by as much as 15%.

Another few decades into the future, Motorola’s Marty Cooper led the team that invented the cellular phone in 1973—it would not hit the market for another 10 years—untethering communications once and for all. Then, in 2007, Steve Jobs and Apple launched the iPhone, bringing remarkable new utility to mobile phones while at the same time making Cooper’s innovation almost seem pedestrian.

Note that the first two innovations were driven by need, while the other two were driven by opportunity. In fact, one could argue that smartphones like the iPhone weren’t needed at all—until they arrived and people discovered the quantum-leap forward in utility compared with the cellular phone, which immediately made smartphones indispensable. In 2016, it was estimated that about 2.7 billion smartphones were in use, and this number is projected to pass 6 billion in 2020. Talk about disruption.

So, it doesn’t really matter how disruptive innovation occurs, only that it does.

Innovation of any sort, much less the disruptive kind, traditionally has been slow to come to public safety—particularly the 911 sector—for a variety of reasons.

First, change does not come easily to many people; the status quo is safe. This is particularly true in public safety, where lives are on the line every day. The current 911 system is efficient and effective, and the telecommunicators who use it are adept. So, why change?

Many other barriers to change also exist, including significant public scrutiny, a stifling regulatory environment, antiquated statutes, funding inadequacies, staffing shortages, limited skillsets among the existing staff, liability concerns and so on.

The answer to the above question that asks, “Why change?” is quite simple—change is how more gets done or how better results are achieved. What this means in the public-safety sector is that disruptive innovation—both technological and operational—will result in more lives saved. Fortunately, despite the challenges described above, disruptive innovators do exist in the public-safety sector—and their stories are compelling.

In November 2017, the North Central Texas Council of Governments (NCTCOG) held the inaugural Early Adopter Summit at our offices in Arlington, Texas.

I was one of the co-sponsors, as were Jim Lake, director of the Charleston County (South Carolina) Consolidated 911 Center, and Liz Graeber, administrator of Maricopa Region 911, which supports 26 public safety answering points, including those of the Maricopa County (Arizona) Sheriff’s Offices and the Phoenix police and fire departments.

The by-invitation event attracted more than a dozen like-minded public-safety officials, vendors and professional-services-firm representatives whose organizations are on the leading edge of innovation. They gathered to share their breakthroughs and to discuss best practices for achieving innovation.

Here are just a few examples of disruptive innovation that were discussed during the summit:

911HelpMe—Charleston County Consolidated 911 Center exists in a region that is prone to hurricanes, so there is constant fear that a storm packing catastrophic force could render the 911 system inoperable or cause the PSAP to become inaccessible or uninhabitable.

To allay this fear, the center developed 911HelpMe, a public-facing web interface to its Alastar online platform, which collects data from cameras, sensors, weather feeds, on-scene reports and other sources. Alastar then coalesces the information to enhance situational awareness and provide actionable notifications regarding emergencies and evolving situations to first-responder laptops, mobile devices and command centers.