​Harris announces that its XL-200P multiband portable P25 radio is now shipping with Wi-Fi communications capability, and LTE communications on 700 MHz Band 13 and Band 14 will be commercially available on the device by the end of the year. 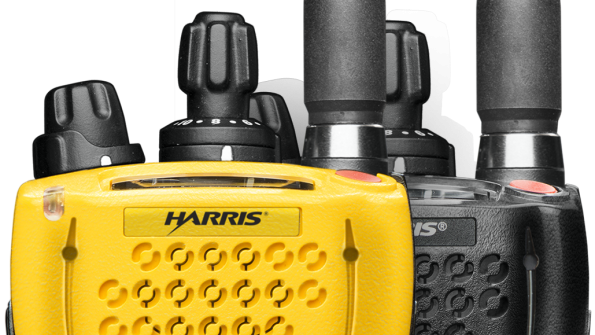 LAS VEGAS—Harris yesterday announced that its XL-200P multiband portable P25 radio is now shipping with Wi-Fi communications capability, and LTE communications on 700 MHz Band 13 and Band 14 will be commercially available on the device by the end of the year.

“We already announced the radio part of it. What we’re announcing at the show is the LTE option added to it,” Johnson said during an interview with IWCE’s Urgent Communications. “Now, you have the capability of using our BeOn push-to-talk [application] through the radio on the LTE module, so you have connectivity in areas where there is no LMR coverage. So, it extends the range of your push-to-talk communications.

“It also can be used as a tethering mechanism, as a transport for additional accessories.”

In fact, Johnson said that Harris personnel will demonstrate the use of a video speaker microphone in conjunction with the XL-200P on the IWCE 2016 exhibit-hall floor, in Booth 1455.

“We will ingest that video and transmit it through the [XL-200P] radio to an output on a display,” Johnson said. “Really, it is operating as a transport vehicle for broadband multimedia apps.”

While other manufacturers have LMR subscriber units that include Wi-Fi and/or LTE, those devices are using the broadband connectivity solely as a method to accelerate LMR software updates to the radio via over-the-air programming (OTAP) and over-the-air rekeying (OTAR). The XL-200P is the first announced LMR device that leverages Wi-Fi and LTE connectivity to support communication functions between users.

“That’s the difference,” Johnson said. “It does OTAP and OTAR, but in addition, there’s functioning use of this broadband transport for actual communications.”

1 | 2 |
LTE communications to be available on Harris multiband P25 portable by the end of the year
Tags: Harris News News