Microwave backhaul systems for public safety get better and better

Today’s systems are providing greater security and a higher level of service—at costs that are up to 90% less than fiber-based alternatives. 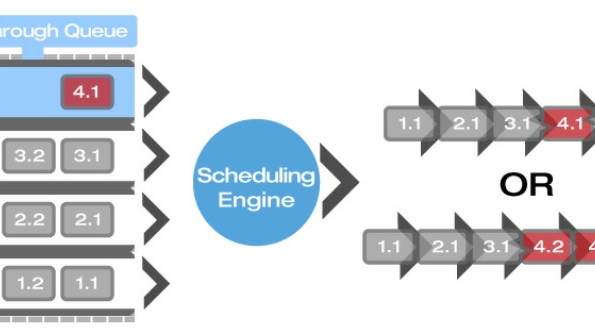 A patchwork of legacy backhaul systems

The underlying transport (i.e., backhaul) networks used by public-safety organizations typically are a mix of legacy licensed and unlicensed wireless technologies, as well as leased lines. These backhaul solutions can deliver throughputs ranging from several Mb/s to 20 Mb/s—with spotty reliability and high recurring costs in the case of leased lines.

In addition, the increased congestion in unlicensed bands has continued to degrade the performance of legacy wireless backhaul technologies, resulting in wireless links that only can be classified as “best effort.” This patchwork of backhaul technologies being used by many public-safety organizations also poses another significant and complex challenge: where multiple networks must be managed under different platforms, fault isolation and troubleshooting becomes more time-consuming and costly.

The challenges facing public-safety organizations are being addressed by innovations in microwave backhaul technology. The first and most pressing issue is the need for significantly more capacity. In response, leading microwave vendors are responding with the following features and advances:

Higher-order modulation—There is currently a lot of activity among vendors to extend the capacity and spectral efficiency of microwave systems by moving to higher-order modulations, including 1024, 2048 and even 4096 QAM. A recent trial demonstrating 2048 QAM technology produced a 37% capacity increase over existing 256 QAM systems, with no incremental hardware or spectrum allocation.

As with most technology enhancements, higher modulations come with performance trade-offs in the form of reduced link budgets. This is mitigated with intelligent adaptive modulation technology, which lets the system switch to lower modulation—at a reduced throughput—during a fade event such as heavy rain. Given that fade events generally impact only lower-priority traffic for a few hours per year, most operators welcome the opportunity to cost-effectively add capacity to their network.

Multi-carrier radios—Another significant development in microwave technology is the introduction of multi-carrier radios that can transmit multiple channels from a single radio and antenna. This means a two-channel system can carry twice the traffic without adding additional hardware. This technology is most widely adopted in regions where spectrum is readily available and cost effective.

Advanced compression techniques—Some microwave backhaul systems can employ a combination of white-space suppression, wire-speed bulk compression and header-optimization technology to significantly enhance transmission efficiency. Compression algorithms used in these networks function much like those found in today’s file-compression tools, substituting patterns in the payload and header data with shorter symbols. Depending on the compressibility of the traffic mix, data-optimization technologies typically result in a 30% to 40% increase in capacity, with gains up to 100% possible under certain conditions.

Wider channels—In regions where spectrum is readily available or new spectrum is being made available—particularly in bands above 24 GHz—operators have the opportunity to use channels up to 100 MHz wide. This provides double the capacity of 50 MHz channels without the need for additional hardware investment, and with no impact on link budget. In the case of millimeter-wave technologies (60 – 80 GHz), much wider channels (up to 1 GHz) are possible, allowing for high-capacity—albeit shorter-range—links that are well suited to fiber extension and certain small-cell backhaul applications.

MIMO—Multiple-input, multiple-output (MIMO) wireless technology, which is deployed widely in access networks, holds promise in point-to-point microwave systems. By using multiple transmitters and receivers, MIMO leverages multi-path transmission to increase overall throughput by combining multiple signals. This is accomplished without the need for new spectrum. However, MIMO systems require an additional antenna and radio per link end, and they must have sufficient space diversity on the tower to achieve the desired multi-path effect.

Figure 2 shows that a combination of new radio features, wider channels and higher-order modulations will be implemented to deliver backhaul capacities up to 10 Gb/s and beyond—a 25-fold increase from the baseline scenario. Cisco System’s latest Visual Networking Index for mobile traffic forecasts an 18-fold increase in mobile traffic during the next 5 years. In other words, technology innovations are keeping up with user demand.