Morgan O'Brien, the co-founder of Nextel Communications who proposed the notion of a nationwide public-safety broadband network a decade ago, explains the processes involved in the development of a proposal by Code3 Broadband—a consortium led by pdvWireless, of which O'Brien is vice chairman—for FirstNet that was removed from consideration two weeks ago. 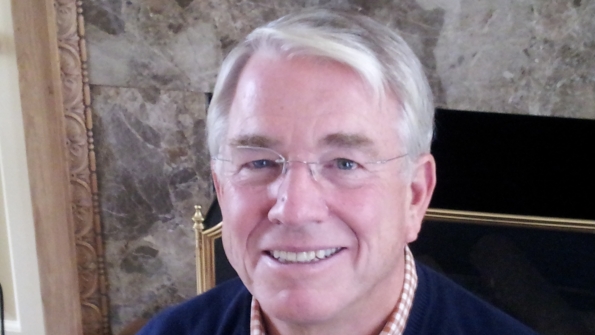 On November 9th, around dawn in most cases, thousands of candidate hopefuls will wake up to the grim realization that their hopes, dreams, and considerable investments of time, energy and resources will have all been for naught: they lost!

Boy, can I sympathize. Earlier this month, my colleagues, partners, supporters and I were dropped by FirstNet from the selection process that had been a monster part of our lives since early this year. We are Code3 Broadband, and we put the very best of ourselves into the pursuit of this once-in-a-lifetime opportunity to build a network to serve public safety. But we lost!

Since this is a personal note rather than an official statement either from Code3 or its progenitor, pdvWireless, I’m taking the liberty to express in this familiar venue what this loss means to me. I’ve been around long enough in the wireless business to have spoken out in this and similar publications on many subjects. After more than a decade advocating for a public-safety solution to which I was passionately committed, this subject in particular is personal, and having something to say at this time feels right to me as part of healing and reconciliation.

Let me begin with admitting the sour taste of losing that a competitor like me experiences, even when (unlike here) the loss is of no consequence. So much work, passion, and energy cannot go into the preparation of a 1,500-page proposal without summoning up the appropriate amount of competitive juices. When a large team needs to be assembled from far and wide—in this case, fielding over 30 company partners, who were then lassoed into round-the-clock drafting—there’s a particular need to rouse some emotions in cohesion against common “adversaries.” Imagine something like a months-long pep rally without the bonfires. After such a marathon, losing is quite the downer.

As with so many things in life, however, time will bring relief in the form of perspective. I find it an important part of my recovery after something like this to sort through my own emotions and wrestle with the important things I should be feeling. While this will take a lot longer than a week or two to unravel, I will share these initial thoughts with the reader.

Over the course of our pursuit of this objective, I’ve often been asked for my evaluation of the RFP process and how I would extrapolate from that process to predict the likely outcome. It’s no secret that many observers would have liked nothing better than to have had me corroborate their own view that FirstNet is a disaster in the making and that nothing good will come of it. To those doubters, let me repeat here what I’ve been saying:  I was impressed by the caliber of the team that was fielded by FirstNet and by their professionalism in digging into the intentions, qualifications and composition of the Code3 Broadband consortium. I can only assume that the same thoroughness was employed in the analysis of our competition, even though I remain convinced that selecting Code3 would have been a superb choice for public safety. I think the potential users of this network—the intended beneficiaries of a novel approach to making communications safer and better—are in good hands with FirstNet.