Motorola Solutions announces the Minitor VI, a two-tone voice pager that boasts twice the messaging capacity of the Minitor V, a variety of alert-call settings and multiple power options. 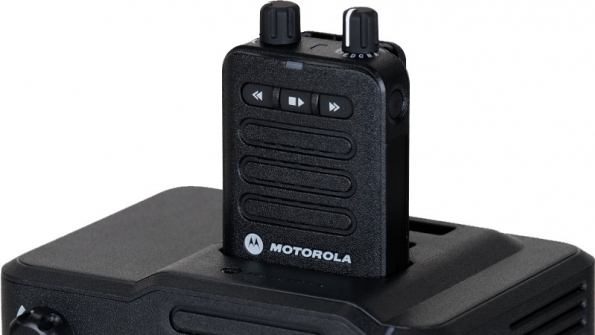 Motorola Solutions recently announced the Minitor VI, the latest version of the company’s popular two-tone voice pager that boasts twice the messaging capacity of the Minitor V and an alkaline-battery tray that provides a power option when the pager’s rechargeable battery is drained.

“We have gotten a lot of feedback since 2007 when we introduced the Minitor V,” Randy Helm, director of product management for professional, commercial and business radio at Motorola Solutions, said during an interview with IWCE’s Urgent Communications. “We listened to what our customers said and made the enhancements that they asked for.”

To identify who is sending a page message, the Minitor VI supports call alerts that can generate different tones or vibrations based on the source of the page.

The intrinsically-safe version of the Minitor VI pager is priced similarly to the Minitor V, ranging between $500 and $600. But the Minitor VI has a lower-cost, non-intrinsically safe model that costs about $100 less, Helm said. The option to purchase the lower-priced model fits in the Motorola Solutions’ goal of making the product customizable to meet customer needs.