Buoyed by the promised reliability and security promised by the FirstNet system, public-safety users soon should benefit from the development of an application ecosystem that already is blossoming in the consumer and commercial markets. 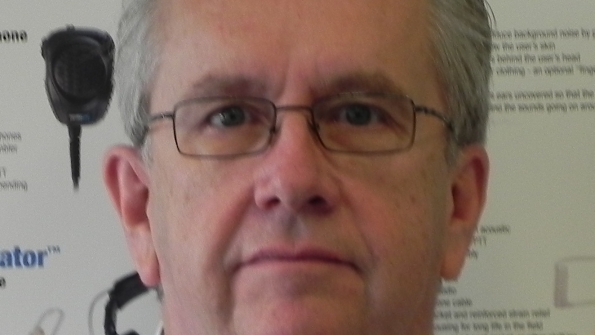 FirstNet—the future of critical communications is riding on this network.

Traditionally, first responders are LMR users; however, it’s clear the transition to LTE cellular is on the horizon. A communications app developer recently described smartphones as a “shadow IP” that almost every employee in the U.S. has access to, yet not all businesses leverage (though push-to-talk-over-cellular, or PoC, services and multi-functionality is fast replacing LMR in the commercial sector).

Luckily for public safety, FirstNet’s nationwide broadband network provides serious advancement, but I believe devices that do more than just talk will be the primary driver of its evolution.

One small—but easily surmountable—hurdle is that agencies require more robust PTT cellular devices than standard smartphones. Over the next few years, I’m sure there will be a major bump in FirstNet-geared hardware development for first responders.

The growing desire to aggregate tasks into one device—in both private and public sectors—is creating an even bigger window for software. Consequently, I foresee Internet of Things (IoT) and LTE business will be accelerated more by application development than by hardware.

To illustrate my point, visualize an officer who has a body camera—or multiple cameras connected via fiber-optic cables—linked to a ruggedized wireless device that accesses a video-management app, another app for location tracking, and another app for facial recognition—or maybe just one “super app” that ties them all together for “bad guy” recognition, as well as automatic photo/video with time, location, etc. With all of these application-based tools, clearly the opportunities are endless.

As a technologist, it’s my opinion that agencies soon will be able to receive much more tactical/situational information from all active incidents—including verbal transmissions—without ever touching a communications device.

Why couldn’t this new device have an app that knows when an officer’s been dispatched, when to automatically trigger the camera, send alerts (i.e. shots fired, man-down, etc.), enable microphone and exchange messages, all while monitoring every movement, such as when the first responder leaves the vehicle or draws a weapon? It would be like Siri or Alexa on steroids.

If app sophistication continues advancing at light speed, even for public-safety users, the voice function potentially could become a lower priority than data that supports a plethora of new capabilities, And some of these same apps might also include messaging, creating a simultaneous communications loop. The entire world now uses cell phones for data more than voice, so why should we expect first responders to be any different? Of course, public safety requires “rock solid” technology, but developers are rising to the challenge.

We’ve seen evidence of this in many commercial sectors. In hotel management, radio communications once were managed by the maintenance department. Today, they are being replaced by such smart devices as iPod Touches with PoC apps, and they are now tied to property-management computer networks run by the IT department. This is a clear indicator of sophisticated adaptation and the evolution of technology.

Cellular market growth has created an almost insatiable demand for all sorts of new products and accessories in a wide range of industries. At Pryme Radio—a developer and manufacturer of accessories for both LMR and PoC users—we have seen a 30% jump in push-to-talk (PTT) products for smart devices with PoC applications, and there’s no end in sight.