​Next-generation 911 (NG911) promises to provide significant benefits to citizens and first-responder agencies, so public-safety answering points (PSAPs) should not wait for federal funding to become available to transition to the new all-IP platform, according to Jeff Robertson, the new president and CEO of Airbus DS Communications. 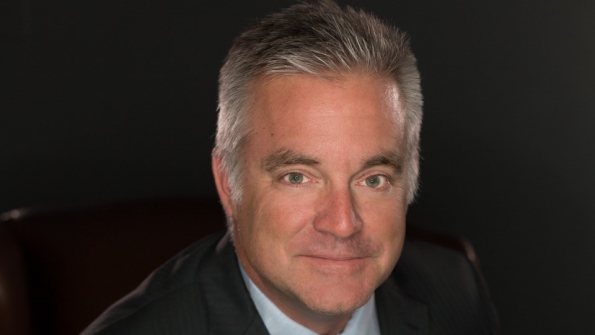 Next-generation 911 (NG911) promises to provide significant benefits to citizens and first-responder agencies, so public-safety answering points (PSAPs) should not wait for federal funding to become available to transition to the new all-IP platform, according to Jeff Robertson, the new president and CEO of Airbus DS Communications.

“If we wait for the federal funding, in my opinion, it will be too late,” Robertson said during an interview with IWCE’s Urgent Communications. “The public is demanding a next-generation 911 approach—being able to SMS the 911 provider, send multimedia and get better location information to the dispatchers. If we wait much longer—whether that be for federal funding or anything else—it could be to our detriment.

“My personal opinion is currently—the way 911 is funded today, through surcharges on phone bills—there’s enough funding already in our industry to be able to do this at the local level. I do think we need to coordinate it, but I do think the money is there—enough money to be able to deploy this. I’m sure it would be great if the federal government would help boost it and make a universal approach to the country, but I don’t think we can afford to wait any longer.”

Robertson was named on May 2 as Airbus DS Communications president and CEO, replacing Bob Freinberg, who has served the company in both roles since 2011 and continues to work with the company as a consultant. Robertson served as a 911 consultant before being hired by Airbus DS Communications—the latest post in his 16-year history in the public-safety space, which included stints as president/CEO of CML Emergency Services, Intergraph vice president and executive director of the 911 Industry Alliance.

Working at Airbus DS Commuications at this particular juncture is especially exciting, according to Robertson.

“With Airbus DS having such a market share in 911 and the industry going through such a change right now in technology, being able to impact that change and influence it is something that has been a personal goal of mine for a number of years,” he said. “I think, at Airbus, we’re in the best position to try to influence that change, with the market share and some of the major customers that we have.

“That’s what excites me about the opportunity, and that’s the main reason I came.”

Although Airbus DS Communications—a company that has been on the selling block for almost three years—is best known for selling customer-premise equipment (CPE) that is used in public-safety answering points (PSAPs), Robertson said he believes the company will have an expanded role as the 911 system makes the transition to NG911.

“Traditionally, we’ve been selling CPE equipment to individual PSAPs,” Robertson said. “We see a real opportunity to shape the network.

“In my opinion, the next-generation 911 network needs to start there, if we really want to make it happen. We can put new equipment in at the PSAP or 911-center level, but to make a real impact, we have to be in that network.”