South Dakota selects TeleCommunication Systems (TCS) for a five-year, $16.4 million contract that will bring next-generation 911 technology to all of its public-safety answering points (PSAPs) in the next two years. 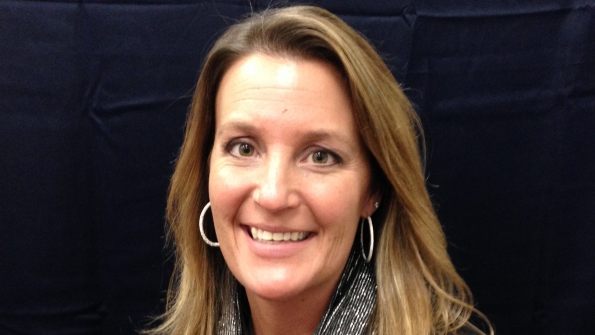 South Dakota has selected TeleCommunication Systems (TCS) for a five-year, $16.4 million contract that will bring next-generation 911 technology to all of its public-safety answering points (PSAPs) in the next two years.

The transition will equip the state’s 29 PSAPs to provide text-to-911 service and, when the time comes, to receive photos and videos from the public. But, right now, that’s not what South Dakota 911 Coordinator Shawnie Rechtenbaugh is celebrating.

“It’s such a huge change to our state infrastructure,” Rechtenbaugh said during an interview with IWCE’s Urgent Communications. “It’s taking it and totally revamping it to this new system and adding all this connectivity that we don’t have and have never had,”

With a few exceptions, where PSAPs have partnership agreements, Rechtenbaugh said most of the call centers in the state function as islands. That is about to change.

State officials will meet with TCS this week to finalize the details of a plan that will upgrade the call-handling equipment for all 29 PSAPs during the next 17 months and then establish a statewide Emergency Services IP network (ESInet). The goal is to have the entire system in place within 24 months, said Danny McGinnis, senior director of next-generation 911 client services for TCS.

Text-to-911 service is expected to start statewide, once the ESInet is online. Currently, the PSAPs are not offering the service, in part because 911 leaders across the state decided to wait for the transition to next-gen 911, so all call centers could start simultaneously.

The project will start with the state’s two largest PSAPs, Sioux Falls and Rapid City, which also will serve as host sites for the network’s servers. TCS will use a staged approach for implementation to prevent an interruption of service, McGinnis said.

“Once the system is fully installed—call handling and ESInet—it provides the citizens of South Dakota a far more robust, redundant, reliable system than what’s currently in place today,” McGinnis said.

When the project is finished, the PSAPs will be able to transfer calls and data to one another, and text messages will be routed to the appropriate PSAP through TCS’ text control center.

PSAPs also will be able to reroute calls automatically to another jurisdiction in the event of a service disruption during a disaster or if a call center is not staffed the full 24 hours. This option is especially useful in a state like South Dakota that has sparsely populated areas with small PSAPs. The centers will have the option to back up one another during high-call incidents.

“When you’re talking about a one- or two-seat PSAP that happens to be located along the interstate and, all of a sudden, we’ve got a blizzard—which we get in South Dakota—that center just gets flooded with 911 calls,” Rechtenbaugh said. “There’s just no way they can keep up with that, and in the current environment, they’re stuck.”

But PSAPs still will retain a level of local control, Rechtenbaugh said. Even though it’s a statewide network, the local 911 coordinators will have to make the decisions over when calls are routed and to which jurisdiction they will be routed.

Participation in the network is voluntary, but with education and communication over time, Rechtenbaugh said 911 leaders across the state have come to recognize the advantages of joining.

“They aren’t giving up control of their center to the state by any means,” Rechtenbaugh said. “It is not mandated. They absolutely do not have to. It’s up to them. However, there are some very excellent benefits by coming onto that system.”

Most notably, those benefits include new technology for the PSAPs—equipment they won’t have to purchase or maintain. Currently, each PSAP is responsible for its own equipment and maintenance, leaving the state with a patchwork of different systems from different vendors. A handful of PSAPs have already upgraded to next-gen 911 but will still become part of the statewide system eventually. There are also four tribal PSAPs that will have the option to join the network, Rechtenbaugh said.