Oceus Networks and Space Data tell the FCC how airborne LTE base stations can provide significant data throughputs to first responders that are working in areas that lack terrestrial coverage or have seen terrestrial data services disabled by a natural disaster or other incident. 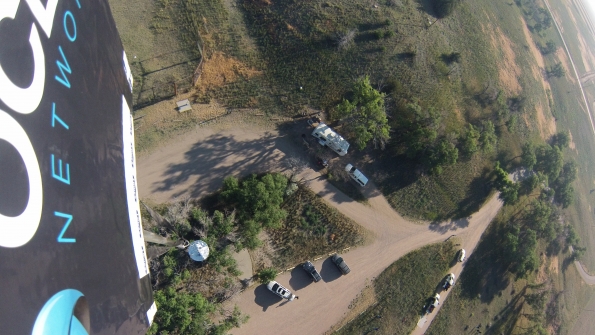 Airborne LTE base stations can provide significant data throughputs to first responders that are working in areas that lack terrestrial coverage or have seen terrestrial data services disabled by a natural disaster or other incident, according to a recent filing by Oceus Networks and Space Data to the FCC.

In an experiment conducted last July, a military-grade Xiphos LTE base station from Oceus Network transmitted and received 700 MHz Band 14 signals from an altitude of 70,000 feet after being lifted by Space Data’s SkySite weather-balloon technology, according to Doug Sharp, director of engineering for Oceus Networks. Signals were received on the ground by off-the-shelf LTE devices, including a Motorola Solutions vehicular modem, he said.

“It did work,” Sharp said during an interview with IWCE’s Urgent Communications. “When we went into the air, we were seeing anywhere between 5 MB/s and 15 MB/s, as antennas were going up, stabilizing and getting into position … Is it without its problems? No. There are some challenges, but they’re solvable.”

This sentiment was echoed by Jim Patterson, vice president of public and federal solutions for Oceus Networks.

“We’re excited about how far we came, given that we funded this on our own, as did Space Data,” Patterson said during an interview with IWCE’s Urgent Communications. “It does require additional research, but we certainly think that airborne delivery of LTE for public safety will make a lot of sense, especially in some of the wildfire use cases and some other situations.”

Sharp acknowledged that the data capacity delivered during the experiment would not be ideal to support thousands of first responders at an incident scene, but it could be useful in other scenarios.

“Can we deliver at least 5 MB/s—if not more—to fire smoke jumpers or to public-safety officers, the first responders that really are in this area?” Sharp said. “Yes, and we can give them a lot better than the alternative, which is nothing, next to nothing or 9600 bits on P25.”

Using the “boomer-cell” mode on the LTE base station, signals delivered from the airborne solution covered a 100-kilometer radius, Sharp said. Although 20 watts of transmit power from the base station was used during the experiment, that proved to be “more than enough” and probably could be reduced, he said.

“We’re able to bring that out to 100 km, at the expense of a very slight—a couple of percent—throughput degradation hit,” Sharp said. “It’s all standard LTE. There’s nothing outside the standard.”

Sharp stressed that the deployment—conducted in cooperation with Public Safety Communications Research (PSCR) efforts in Boulder, Colo.—was approached strictly as an experiment. With this in mind, only off-the-shelf equipment was used, and the experiment focused on the deployment of an omnidirectional antenna that would provide the greatest coverage.

“We wanted to see the worst case. We wanted to see this dirty laundry, get a baseline and know what we could improve to,” Sharp said. “Again, this wasn’t marketing. This was experimentation and research and development.”