The time for FirstNet to foster such interoperability is now, as it begins designing its nationwide broadband network for first responders. 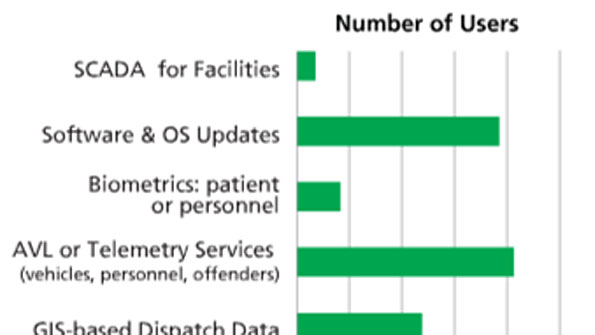 A version of this article appeared in the April 2013 print issue with the headline: Side by side, step by step.

The public-safety community welcomed the Middle Class Tax Relief and Job Creation Act of 2012 with open arms, because it made possible the first nationwide wireless broadband data network for first responders. However, this network is much more than a wireless data pipe. Consumers don’t buy the latest smartphones to simply pass packets across the Internet. They acquire these tools because they provide mobile access to essential information and are convenient devices for sharing their own information.

Information is what guides and benefits our lives. So, while the network that will be designed and built by the First Responders Network Authority (FirstNet) eventually will be the foundation of great things to come, it is the data and applications that will ride on it that will drive dramatic leaps forward in public-safety communications. This network will deliver applications more reliably and, as a result, they will be more conducive to public-safety operational requirements. While the Act envisions a nationwide, interoperable public-safety broadband network, it is essential to advance interoperability beyond the network to the data itself, and that means application interoperability.

Moreover, it will be more challenging to develop applications to restrict their geographic range than to support national operations. So, developing applications that will be interoperable nationwide is prudent.

Also prudent is the notion that nationwide interoperability requires standards-based solutions and applications.

An added benefit is that standards also drive economics, resulting in lower costs and superior options for public safety. It will be difficult for public-safety agencies to afford the devices and applications needed to fully benefit from broadband service; therefore, application standards are needed to facilitate cost management.

Undeniably, applications will be a +main attraction” that will drive public safety’s adoption of the FirstNet service in lieu of current commercial and private systems, which in turn will enhance the network’s business model.

Many have discussed the interesting concept of an +app store” approach to capitalize on the opportunity. However, an app store does not fully address the opportunity. Granted, it will be a convenient repository for available applications, but that will mean very little if they are not reliably operable and interoperable. Unless applications are designed to industry interoperability standards and common program interfaces, the app store approach will fall short of delivering the objective.