The sector learns a great deal about its existing communications networks and what first responders will need from its future broadband network. 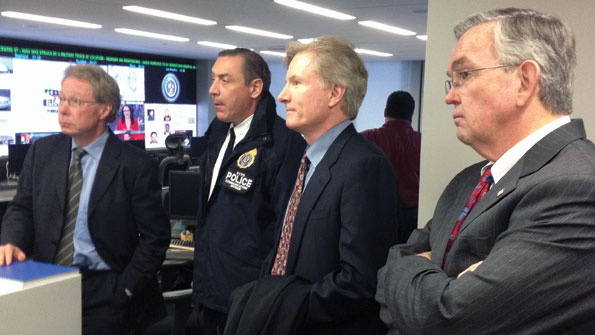 (Ed.: This article originally appeared in print as "From crisis comes clarity.")

Public-safety advocates are adamant that the commercial communications outages caused by Superstorm Sandy and subsequent flooding cannot be repeated on the proposed nationwide LTE network for first responders that will be built under the supervision of the First Responder Network Authority (FirstNet).

The FCC reported that about 25% of commercial cell sites in the affected area were not operational in the immediate aftermath of the storm, according to a statement from David Turetsky, chief of the agency's public-safety and homeland-security bureau. Meanwhile, early indications from state departments of transportation indicated that public-safety agencies in the affected area were able to maintain communications in the aftermath of Sandy, according to William Brownlow, telecommunications manager for the American Association of State Highway and Transportation Officials (AASHTO).

For the most part, public-safety LMR systems remained operational, according to input Brownlow received from the states of New York and New Hampshire, primarily because LMR towers have been hardened to withstand such conditions, with generators providing backup power when the commercial electric grid is down.

"The general takeaway from this is that public safety's requirements are not the same as commercial providers — the need for backup generators is absolutely crucial," Brownlow said. "I think that's the message that needs to be made clear to FirstNet."

Commercial wireless carriers do provide backup power to many key sites in their networks, but providing backup power to all sites is not an option for fiscal and logistical reasons — backup power can be expensive to maintain, and diesel generators are not allowed on most rooftops, which is where many cell sites are located.

There has been discussion about increasing reliability for first responders by allowing them to also access multiple commercial carrier networks, in the hope that at least one of them would have an operational system during a crisis.

"Most of the towers that failed had two or three [commercial] operators on them," Seybold said. "So, even FirstNet's plan of multiple network operators in a given phone would not have helped the situation."