Tracking the evolution of package tracking

Like many of the packages they carry, how UPS and FedEx track our stuff has come a long, long way. 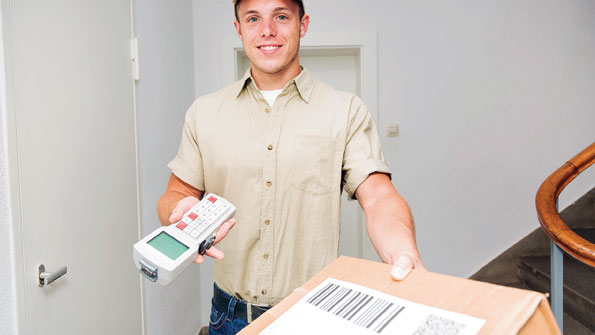 Tracking the evolution of package tracking

Ed.: This article originally appeared in print as, "Where's that fruitcake?"

As the holidays approach, the nation's package carriers are gearing up for the annual rush.

These days, we take it for granted that when we order a gift online, the company that moves the package can show us its progress every step of the way. But, of course, that wasn't always the case.

FedEx started giving its couriers handheld data-collection computers, called SuperTrackers, in 1986. The company developed a nationwide, private radio network to transmit pickup and delivery data from computers in its delivery vans to its central computer system.

"Every time you made a delivery, those original SuperTrackers got shoved into the computer and transmitted that information," said Ken Spangler, senior vice president of information technology and chief information officer at FedEx Ground in Pittsburgh.

In early deployments, a UPS driver used a keypad to enter information about the package, rather than scanning a bar code. To upload the collected data, the driver inserted the DIAD into a cradle at the UPS facility when he finished his route.

"We eventually put a radio in the package car," said Todd Brown, project manager at Atlanta-based UPS. With that improvement, the driver could slide the DIAD into an adapter in the truck that transmitted data over a cellular network. "The adapter would suck out the information and transmit it in real time to the data center."

Since those pioneering days, FedEx, UPS and their technology vendors continually have improved their ability to capture, transmit and take advantage of data about packages in transit.

Today, when a merchant — i.e., an online retailer — ships with either UPS or FedEx, an employee usually enters data about the shipment into a software system provided by the transportation company. That gives the carrier shipment information, including the consignee's address, and assigns a unique identification number to each package. The software also creates shipping labels.