Public-safety agencies have been reluctant to adopt shared P25 service offerings due to undesirable governance policies, but carrier-hosted P25 as a Service solves that problem.

Speak with anyone who has been around land mobile radio (LMR) for any length of time and they will tell you that the concept of a shared P25 system is not new, that similar hosted LMR offerings have been around for some time. David Lum, in his 2006 Radio Resource International article “An Introduction to Government Radio Networks,” reports that hosted LMR offerings have been in existence since the 1970’s.1

In fact, a number of APCO Project 25 (P25) managed network offerings have been introduced over the years, including the Mississippi Wireless Communications Commission, Minnesota’s Allied Radio Matrix for Emergency Response (ARMER), Utah Communications Agency Network (UCAN), and the State Radio Communications for the 21st Century (STARCOM21) network in Illinois. 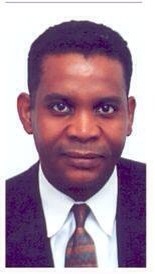 The reason municipalities, counties, and other governmental entities continue to be so interested in hosted LMR solutions is because they offer the potential to address three critical needs: lowering costs, enhancing communications interoperability, and enabling more efficient operations. While the number of state-wide and regional P25 LMR networks is strong evidence of the demand for P25 as a Service, issues with restrictive and sometimes less than desirable governance policies have limited their effectiveness in attracting agency participation.

As outlined in “Options for Communications Governance and Cost Sharing” by Bill Dean and Dave Kaun, there historically have been three primary methods for establishing a governance structure for hosted LMR offerings:

While Interlocal Agreements, State Legislative Authority, and Contract Managed Services each have their own specific advantages and disadvantages, there are deficiencies common to all three governance methods.