Currently, mission-critical voice operation on LTE networks is unavailable and substantial research and development is required before such operation could be provided over LTE networks. Consequently, public-safety agencies must continue to plan and deploy separate narrowband voice communications networks--and P25 Phase II TDMA technology is a solid choice because of its interoperability and narrowbanding capabilities. 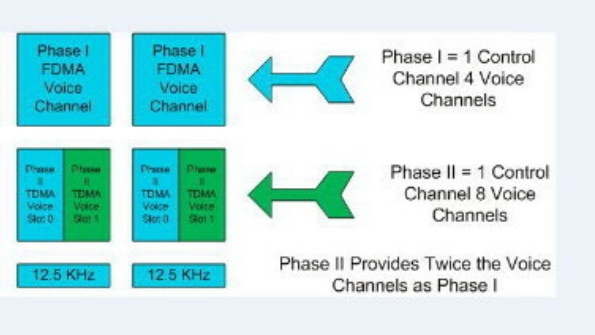 It is well accepted that spectrum allocation for public-safety voice communications remains insufficient in many key areas.  In July 2012, the National Public Safety Telecommunications Council (NPSTC) published an extensive report documenting many of these needs.  The report, entitled “Public Safety Communications Assessment, 2012-2022: Technology, Operations, & Spectrum Roadmap,” is available at www.NPSTC.org.  Among the many important findings of this report is the continued need for spectrum, as well as the importance of interoperability and the role that standard protocols such as Project 25 (P25) play in solving interoperability issues.

Current federal law requires the Federal Communications Commission to auction spectrum in the 470-512 MHz band, aka the T-Band, before February 2021.  This will require current public-safety users in this band to relocate operations into already congested public-safety frequencies, most likely the 700 MHz and 800 MHz bands.  This law also established a nationwide public safety broadband network based on LTE technology that is being built by the First Responder Network Authority (FirstNet).

Currently, mission-critical voice operation on LTE networks is unavailable and substantial research and development is required before such operation could be provided over LTE networks.  Consequently, public-safety agencies must continue to plan and deploy separate narrowband voice communications networks.

The federal government, through the National Telecommunications and Information Administration (NTIA) and the FCC, has initiated numerous steps to require public-safety operators to reduce bandwidth in an effort to free up additional spectrum for public-safety use.  As of 2007, all federal agencies were expected to operate on 12.5 KHz channels from the previous 25 kHz channels, a transition known as “narrowbanding.” Meanwhile, all licensees operating below 512 MHz were required to migrate to narrowband operations—though numerous licensees still haven’t met this requirement nearly a year after the deadline.

Nevertheless, with the majority of public-safety agencies expected to be operating narrowband systems, the focus is shifting to more efficient use of existing spectrum.  Current FCC rules require public-safety systems operating in the 700 MHz band to employ 6.25 KHz equivalent technology by January 2017.  It remains to be seen if current mandates will be relaxed or if additional mandates will be forthcoming.  It should be noted that the FCC has granted some public-safety agencies waivers regarding the 2017 deadline.

Regardless, spectrum-efficient P25 Phase II technology provides a means to enable more mission-critical voice and data communications on existing public-safety airwaves, and to maintain the substantial gains achieved in interoperability since 2001.