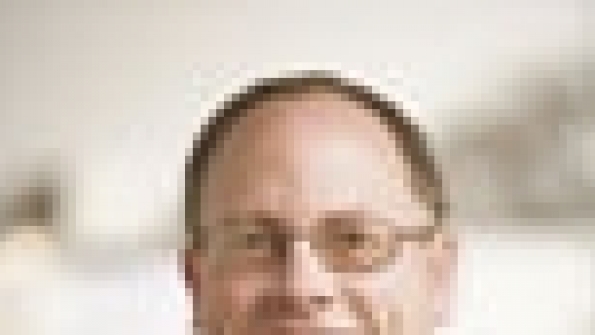 Backhaul must be a priority for LTE network

Many initial concepts to utilize microwave networks designed for low-bandwidth LMR systems have had to be revamped after engineers started calculating the backhaul required to avoid creating throughput bottlenecks beyond the base station.

Of course, just getting a packet of data from the user to an LTE base station quickly is only part of the challenge for those designing public-safety networks. In most cases, the goal is to deliver that packet elsewhere in the network, whether that’s to a central command office or to another LTE user on the network. With so much data potentially being received from each cell sector, this requires a lot of backhaul, particularly if traffic is aggregated between multiple sites.

This reality has been an eye-opener to many jurisdictions that have secured 700 MHz broadband waivers from the FCC to build out some of the early public-safety LTE networks. Many initial concepts to utilize microwave networks designed for low-bandwidth LMR systems have had to be revamped after engineers started calculating the backhaul required to avoid creating throughput bottlenecks beyond the base station.

Historically, it’s been a common problem in network planning, according to Amir Zoufonoun, the CEO and founder of Exalt Communications, which produces microwave equipment used by many operators to address backhaul needs.

“It’s not a new phenomenon,” Zoufonoun said. “Backhaul, for any given network during my 30 years in business, almost always has been underestimated. In most cases, people just think they will get the backhaul somehow or some way and that it will be available. It’s usually the last thing they worry about.”

But it should not be that way with the new public-safety broadband network, which will need significant backhaul throughout the country to deliver the kind of performance desired by first responders. One encouraging sign is that officials for GovNet — like the public-safety network, an initiative overseen by the National Telecommunications and Information Administration (NTIA) — have realized that backhaul is the “missing link” and have made it a priority in their network planning, Zoufonoun said.

For the kind of bandwidth needed to support the throughput generated by an LTE network, backhaul that can support speeds of multiple gigabits per second is needed. The ideal solution is a fiber network, but that typically costs about $100,000 per a single gigabit/mile, if the infrastructure is not already in place — and the costs associated with trenching means the price is unlikely to drop much in the future, Zoufonoun said.

In contrast, the evolution of microwave technology is following a Moore’s Law curve, as throughputs continue to increase as prices drop; currently, microwave solutions are an “order of magnitude” less expensive for a single gigabit/mile, and the prices should continue to decrease rapidly in the near future, Zoufonoun said.

This does not mean that there is no need for fiber. In fact, when enough traffic is aggregated, fiber is the best — and sometimes the only — option, Zoufonoun said.

“They’re actually friends of each other; they’re not enemies, microwave and fiber,” he said. “I see it as a hybrid microwave-fiber world, and it’s always going to be that way.”

Regardless which method of transport is utilized, one key to deploying a high-performance LTE network is to build robust backhaul capability that can be expanded flexibly to serve the growing bandwidth needs created as applications on the edge of the network require more data throughput, Zoufonoun said.

“They’re going to need a lot of backhaul, that’s for sure — and they’re going to need to think about it from the beginning, not later on,” he said. “They cannot just say, ‘Oh, we’ll get a T1,’ and collect this stuff together. That’s the way it’s been in the U.S. forever. … That’s not the case anymore. That’s the big difference between the way we put networks together today compared to in the past.”