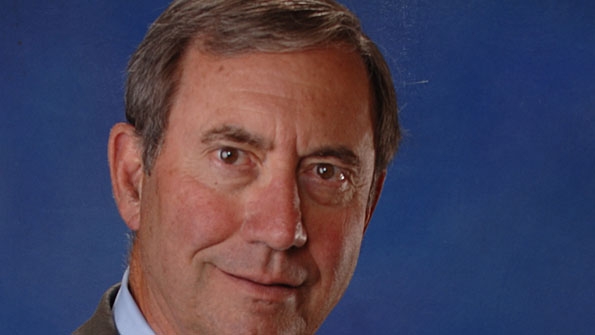 FirstNet may need help from Congress to change government rules associated with procurement and partnership deals to make the much-anticipated nationwide broadband network for first responders a reality as quickly as possible, FirstNet Chairman Sam Ginn told a House subcommittee.

During a hearing before the communications and technology subcommittee of the House Energy and Commerce committee, Ginn said he understands and appreciates the need for government to be transparent in its activity. However, certain rules and regulations associated with government entities are especially onerous and could slow the deployment of the network being built by FirstNet, which is expected to include public-private partnerships.

“I am told by government attorneys that, if you want to negotiate a contract, you have to assume [it will take] 18 months,” Ginn said. “In the commercial world, that’s way beyond what it would take.

In trying to negotiate deals with multiple potential partners, government regulations can hamper the natural back-and-forth exchange of offers that is a natural part of commercial negotiations, Ginn said.

“It’s going to add months — and perhaps years — to the deployment of the network,” he said. “It drastically reduces our flexibility.”

Partnership deals will play an important role in the buildout of the FirstNet system, Ginn said. No partnership deals have been executed, but one area where partnering is being considered is to help ensure that rural areas are covered, whether the partnership is with a rural terrestrial carrier or a satellite provider.

“Where it makes sense, we will [partner with rural telecom providers],” Ginn said. “We view it as a really good option, if we can do that.”

Ginn replied, “That is my understanding of the legislation, although hospitals may be included — I’m not sure.”

In response to questions from Rep. Joe Barton (R-Texas) about states’ ability to maintain and own LTE assets that ultimately are integrated into the FirstNet system, Ginn said he is open to a number of potential arrangements.

Furthermore, the issue of whether a state chooses the opt-out option — a hot topic in the public-safety industry — included in current law is not a major concern, Ginn said.

“I think the issue of opt-out and opt-in is not so important,” Ginn said. “What’s important is getting a national architecture in place, so that you have interoperability, cybersecurity and network standards. Who builds it and who owns it is less important to me, so long as we have those principles in place.”

Ginn said FirstNet has not finalized its network design work or a rate structure, but he did share his vision of a first-responder communications device that would be used on the network.

“It’s going to be multichannel. It’s going to have special features built into it,” Ginn said. “It will be positioned to serve police, fire and emergency-medical [personnel]. And, when you order in volumes, you can drive down the cost.”

To make this vision a reality, FirstNet has been trying to participate in the activities of key commercial standards bodies to ensure that the needs of its future first-responder customers are met, Ginn said.

“If you don’t embed public-safety needs into the standards, the standards get published and manufacturers don’t deliver the kind of capabilities that public safety needs.”

Subcommittee Chairman Greg Walden (R-Ore.) and several other subcommittee members expressed concern that the FirstNet board does not have an active state representative as a member — an issue that also was raised recently by the National Governors Association.

In addition, while all subcommittee members expressed support for the FirstNet initiative, some questioned whether all of the lofty goals for first responders can be met in a manner that will be affordable to taxpayers.

“I’m, quite frankly, skeptical,” Barton said. “If you do everything you say you’re going to do, this is going to be a phenomenal network, and I hope it is going to be successful.”

“This seems to be such a monumental task — a huge beast — that I’m wondering what its ultimate costs and bureaucracy will end up being,” Terry said.